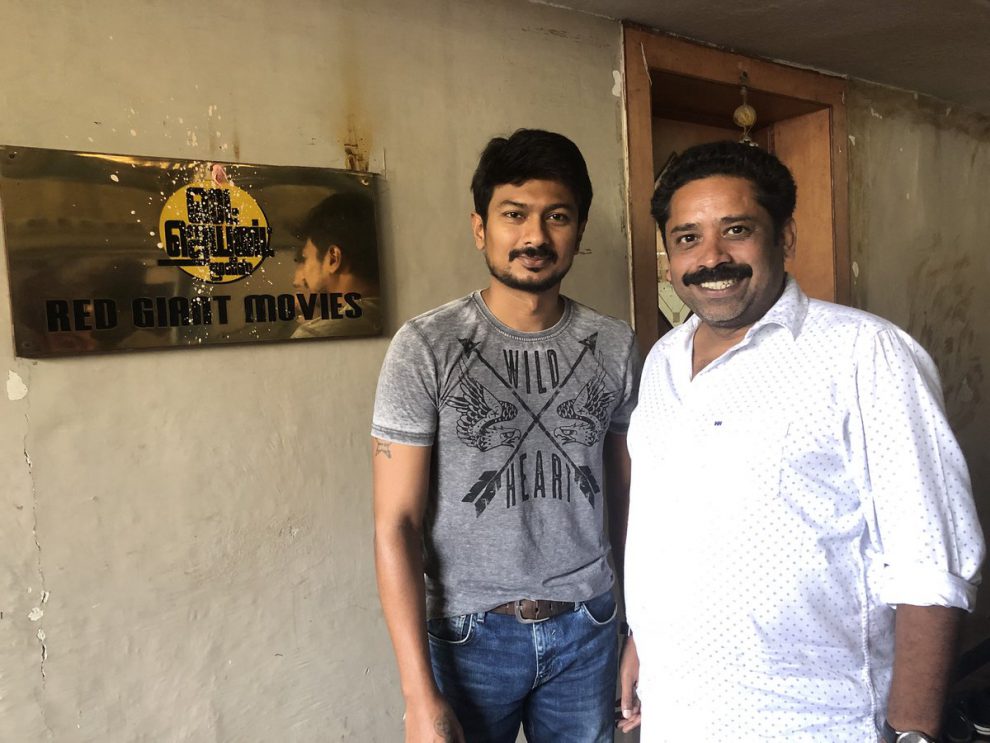 Actor Udhayanidhi Stalin, who is currently busy with Priyadarshan’s directorial ‘Nimir’, has signed his next project. The actor will be teaming up critically acclaimed director Seenu Ramasamy for his next film. The yet-to-be-titled project will start rolling in January 2018. More details about the project are awaited!

The post-production works of Udhayanidhi’s next Nimir, the official remake of national award-winning Malayalam film Maheshinte Prathikaaram, are on full swing. Touted to be a realistic drama, the movie features Namitha Pramod and Parvatii Nair as female leads. The release date of Nimir is expected to be announced soon.

It is speculated that the director would also team up with Vijay Sethupathi for yet another project. Stay tuned to Suryan FM for further updates.