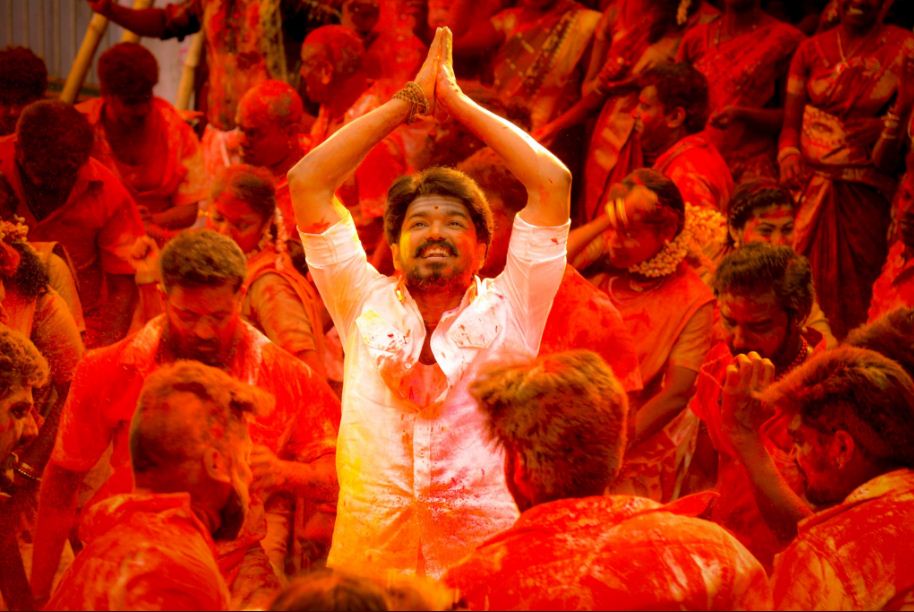 A minute of #AalaporaanThamizhan video will be out today evening at 5:00PM. How excited are you? pic.twitter.com/hlwyy3gOlZ

Directed by Atlee, Mersal has three roles played by Vijay. The movie also stars Nithya Menen, Kajal Aggarwal, and Samantha. The music has been composed by A.R. Rahman.

Last week, Vijay hosted a party at his ECR residence to celebrate the grand success of Mersal. Atlee, AR Rahman and SJ Suryah were some of the celebrities who were present for the bash.

D. Imman is on a roll. Here’s why
Rajinikanth to form political party on birthday?
Comment