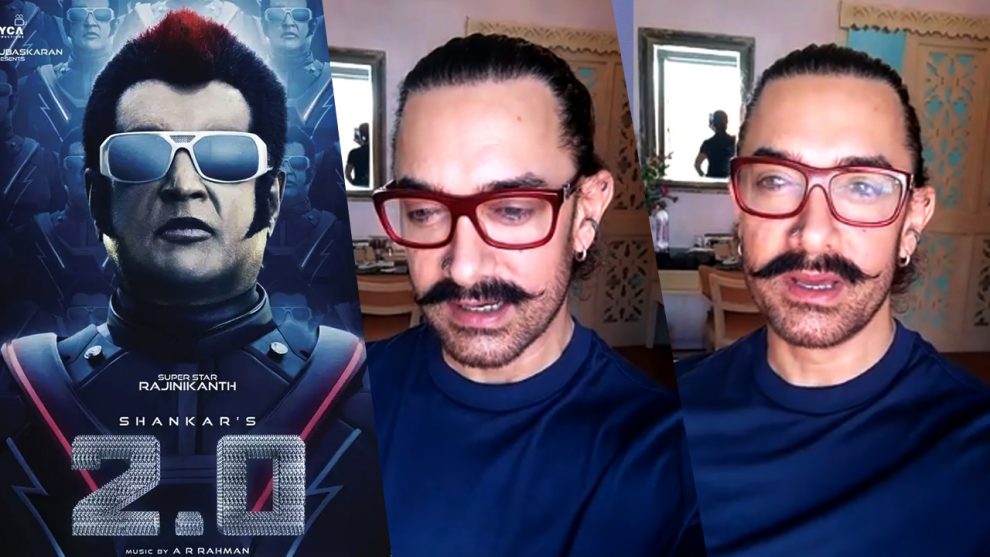 On his 53rd birthday, Bollywood actor Aamir Khan made his much-awaited Instagram debut. Much to the surprise of his fans, the Dangal actor went live from his Instagram account and answered several queries made by netizens.

In his first live Instagram video, Aamir began with thanking his fans for the birthday wishes. While fans were eager to hear more about his upcoming movie Thugs of Hindostan, the actor said that the team is currently shooting the last schedule, which involves the climax portion.

He also revealed that the makers are trying their best to release the film on Diwali 2018. When one of his fans asked about the box-office clash of his movie with Rajinikanth’s 2.0, Aamir said that he hopes it doesn’t lock horns with Thugs of Hindostan.

“I don’t know when 2.0 is coming. It is a very big film and Shankar ji is the director. It is the kind of film that even I want to go and watch. I hope it doesn’t release with ours, else we will have a very big problem. Rajinikanth ji is a very big star and I have a lot of respect for him,” said Aamir Khan (in Hindi) in the live video.

2.0, the sequel to Rajinikanth’s superhit movie Enthiran, is one of the much-anticipated movies of Kollywood. Directed by Shankar, the sci-fi thriller will also see Bollywood star Akshay Kumar mark his Tamil debut.

The movie also stars Amy Jackson, who is paired opposite Rajinikanth. Due to exhaustive VFX, the film’s release has been pushed several times. It is rumored that 2.0 is expected to hit theatres for this Diwali.

Thugs of Hindostan is an adaptation of the 1839 novel Confessions of a Thug and has an ensemble cast with the likes of Amitabh Bachchan, Fatima Sana Shaikh, and Katrina Kaif. The movie will hit theatres this Diwali.