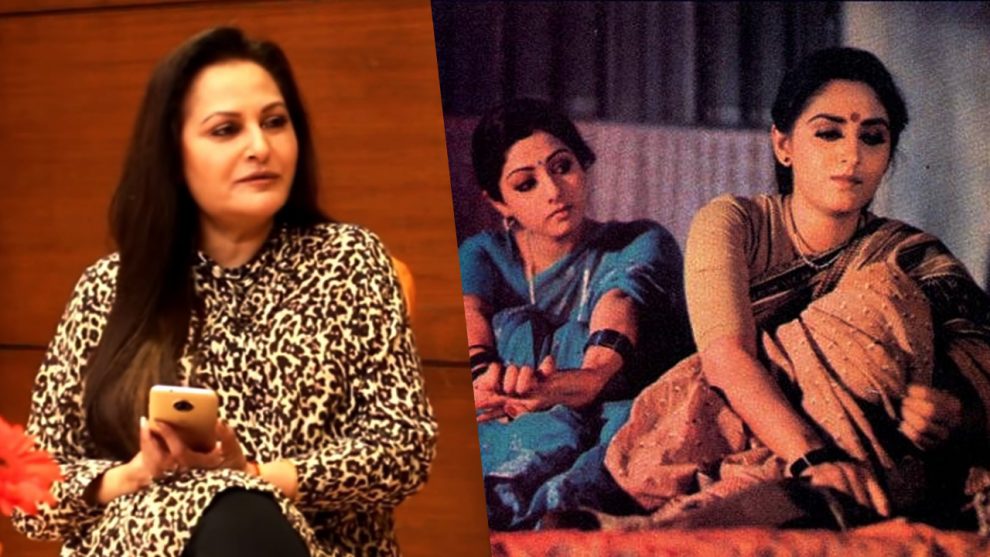 Incidentally, twenty-five minutes into the interview, Jayapradha talks fondly about the deceased actor Sridevi, weeks before the latter’s death. Both actors were known to be rivals at the peak of their careers. In fact, word has it that they would not even speak to each other on the sets.

Speaking about this, Jayapradha says that she and Sridevi would emulate a strong sisterhood onscreen, irrespective of speculations surrounding their relationship. Such was their competition. “It would seem like we were sisters on screen. When we were not shooting, the story was different. But the moment the cameras switched on, we would become sisters.” says Jayapradha.

“It was a healthy competition. What I am referring to is many years ago. Now we are on good terms.” she adds.

Check out the full interview here!