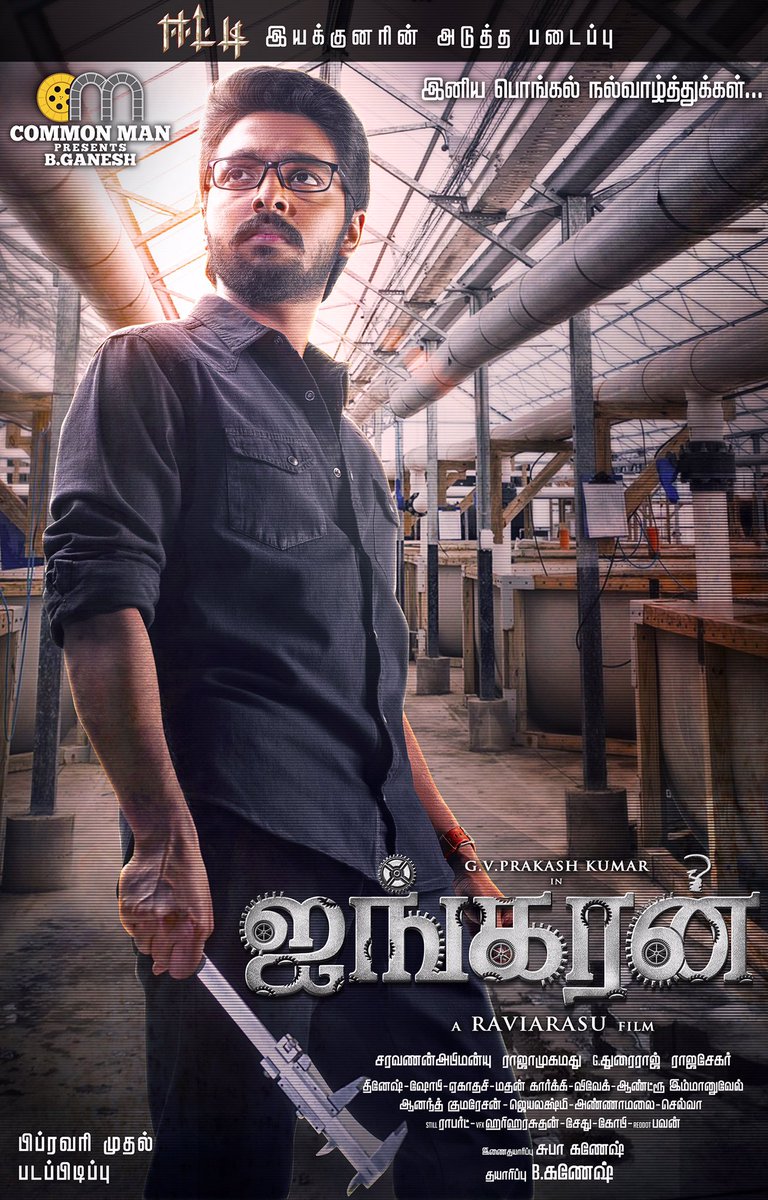 An upcoming social drama starring G.V. Prakash and Mahima Nambiar in the lead, Ayngaran, directed by Ravi Arasu recently got an important update.

The project was announced in November 2016 and production began in January 2017. G.V. Prakash had reportedly announced that he would be working on his other projects 4G and Adangathey simultaneously.

According to sources, actors Dhanush and Vijay Sethupathi were also considered for the lead role before G.V.Prakash was roped in. The film’s initial posters featured Madonna Sebastian alongside G.V.Prakash. Owing to her busy schedule, Mahima Nambiar was roped in to replace her.

Reports say that G.V. Prakash plays a city-based engineer in this action movie and the shooting is almost complete. Reportedly, Mahima plays the role of a nurse and her role has a lot of potential in the movie. G.V.Prakash has also reportedly performed a lot of risky stunts for the movie.

The movie is nearing completion and according to reports, it is expected to release in April or May this year.

S.P.B and Yesudas unite after over two decades
Ilaiyaraja does it for Dhanush!
Comment