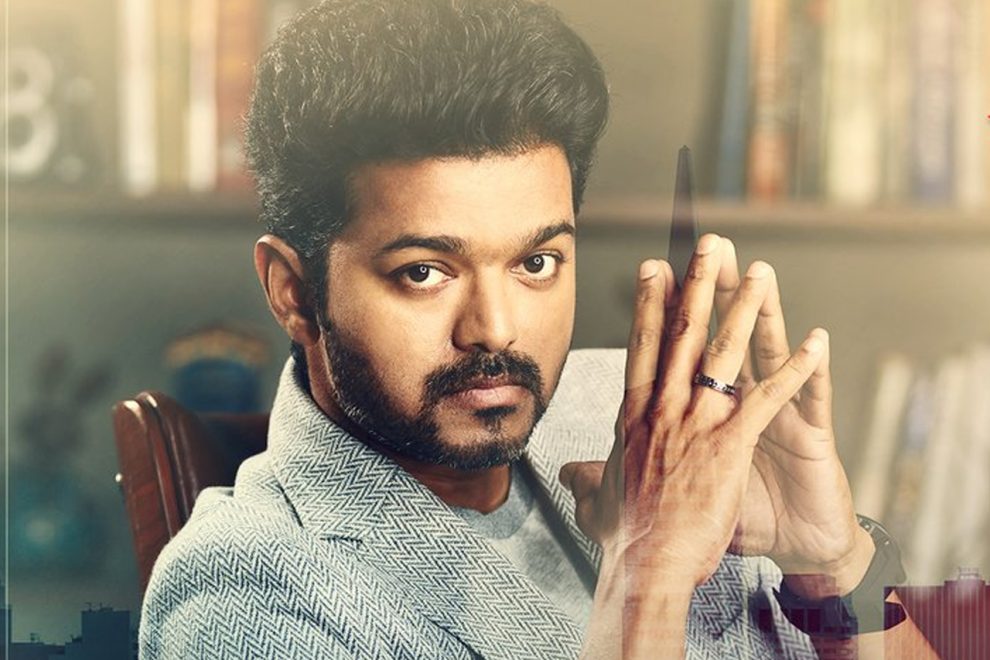 The recently released songs and stills of Thalapathy Vijay’s upcoming mammoth flick Sarkar have created a huge buzz around the movie. On Wednesday, Sun Pictures, the makers of the AR Murugadoss directorial, announced the teaser release date of the movie.

“#SarkarTeaserOn19th,” tweeted Sun Pictures along with this brand new poster. 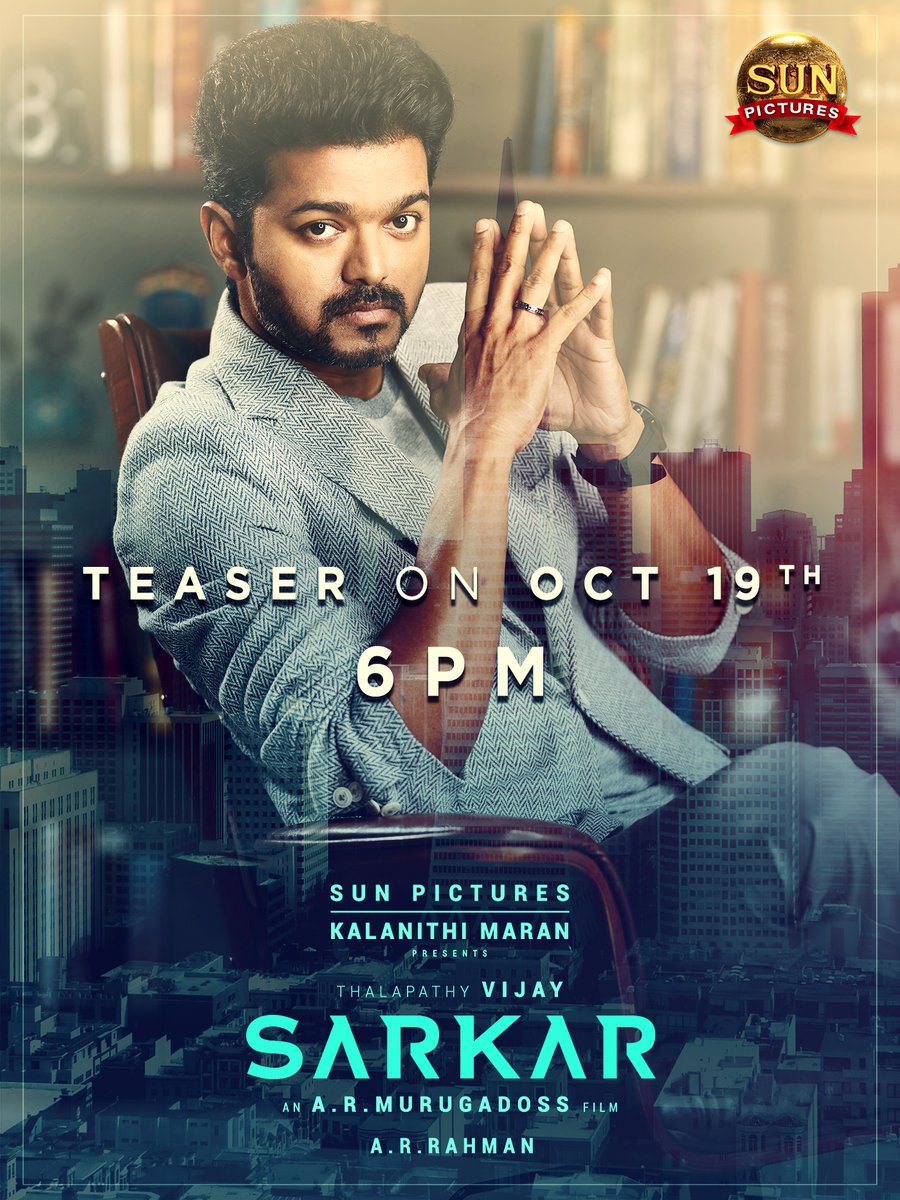 Keerthy Suresh, who plays the female lead in the movie, shared her excitement on Twitter. “#SarkarTeaserOn19th So Triple Dhamaka for meee!” she wrote.

“Wooohooooo our #Sarkar is arriving in style..teaser on Oct 19th…I’m waiting.. heheh,” tweeted Varalaxmi Sarathkumar who essays an important role in the film.

Meanwhile, the movie’s songs, composed by the legendary AR Rahman is winning more hearts! The lyrical video of the songs is already ruling social media.