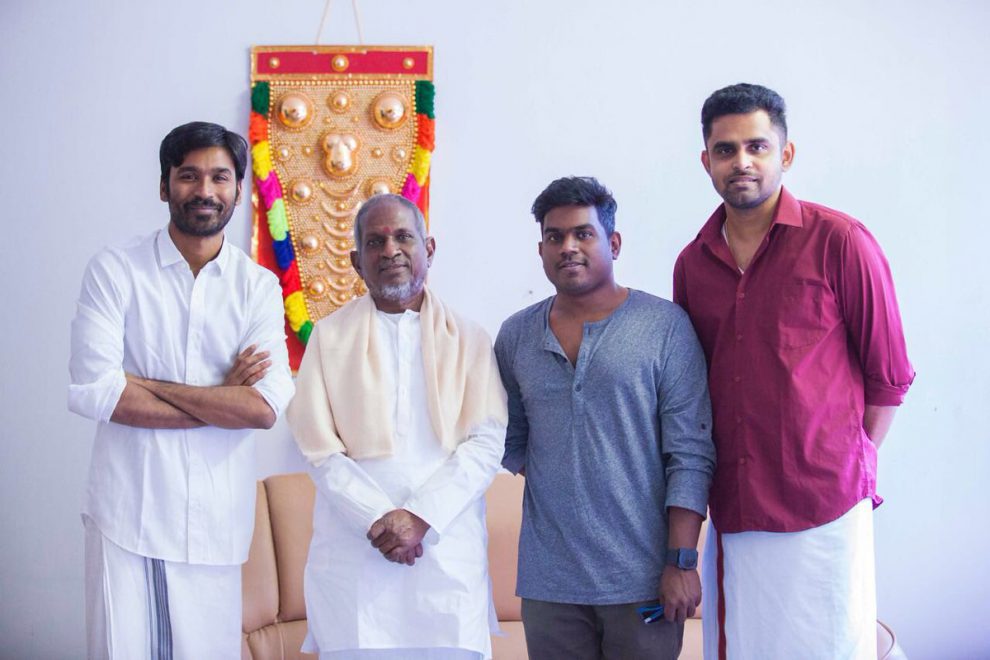 Maari 2, the sequel to 2015 superhit Maari, is one of the much-anticipated movies of 2018. Directed by Balaji Mohan, the movie was officially launched towards the end of last year.

On Tuesday, actor Dhanush, who plays the lead role in the movie, took to his Twitter page to announce that music maestro Ilaiyaraja recorded a song for the film.

So happy to announce that the maestro isaignani ilayaraja sir sang a song today for #maari2. What a delightful divine experience. We feel so blessed and super thrilled. @thisisysr @directormbalaji pic.twitter.com/6pNRj09aZ7

While Maari 2 had music scored by Anirudh, the upcoming sequel will have music by Yuvan Shankar Raja. Interestingly, Dhanush and Yuvan are collaborating after ten years.

First track of the album for #Maari2 ready 🙂
Blessed 🙏🏻 pic.twitter.com/U8iuklpYU9

The sequel will have the Premam fame Sai Pallavi playing the female lead and Mollywood star Tovino Thomas as the baddie. Actors Robo Shankar and Vinod, have been retained in the sequel too. Varalaxmi Sarathkumar and Krishna are also playing pivotal roles in the movie.

The vibrant @Sai_Pallavi92 is the #HeroineofMaari2😊Its a character thats right at the heart of the story of #Maari2😊 #SaiPallavi #Bilingual pic.twitter.com/qZ9GNapKpz

Very happy to have @Actor_Krishna on board for a Second-Lead Role in #Maari2 😊 The #Maari franchise welcomes u bro! 😊 Excited! #Krishna pic.twitter.com/16rbPMLmJd