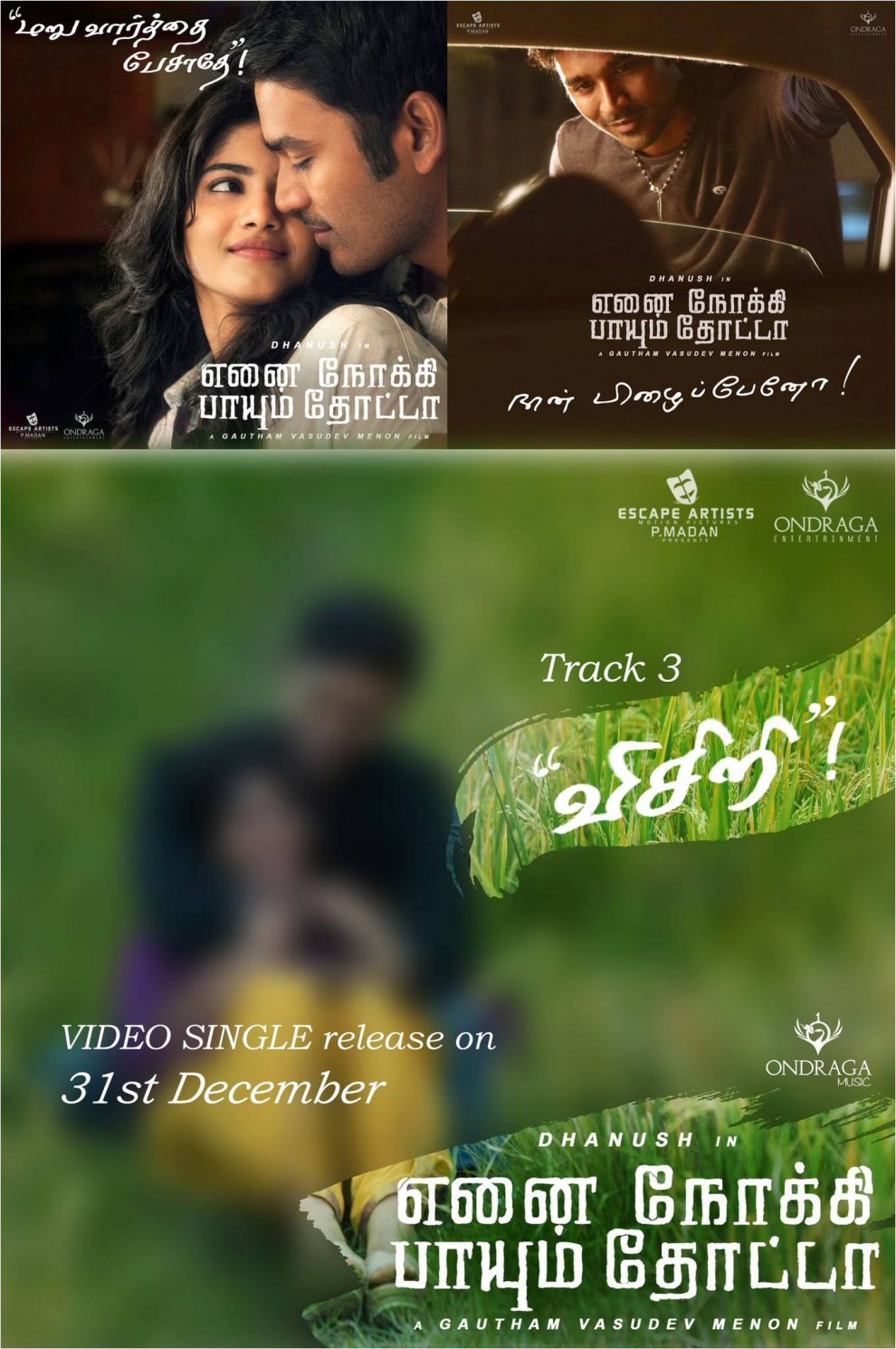 Music for the film has been scored by Darbuka Siva and sources say the Rana Daggubati is also a part of the film.

In February 2017, the first song from the film– Maruvarathai Pesade– released and won rave reviews from the audience.In March 2017, the second song from the film — Naan Pizhaipenno– opened to a positive response and the team has announced that they have a surprise in store for New Year.

Director Gautam Menon took to his Twitter handle to announce that the third single from the Enai Noki Paayum Thota album will be released on December 31.

Sid Sriram has lent his voice for the song and the lyrics have been penned by Thamarai, with music scored by Darbuka Siva. Incidentally, Sid Sriram also crooned the chartbuster — Maruvarathai Pesade– from the same album.

In line with the tradition of a song release as the year ends and a new year begins and a countdown to release as shoot nears completion.
VISIRI from #ENPT by @DarbukaSiva and Thamarai complete with @sidsriram vocals pic.twitter.com/6D39lxkOuM