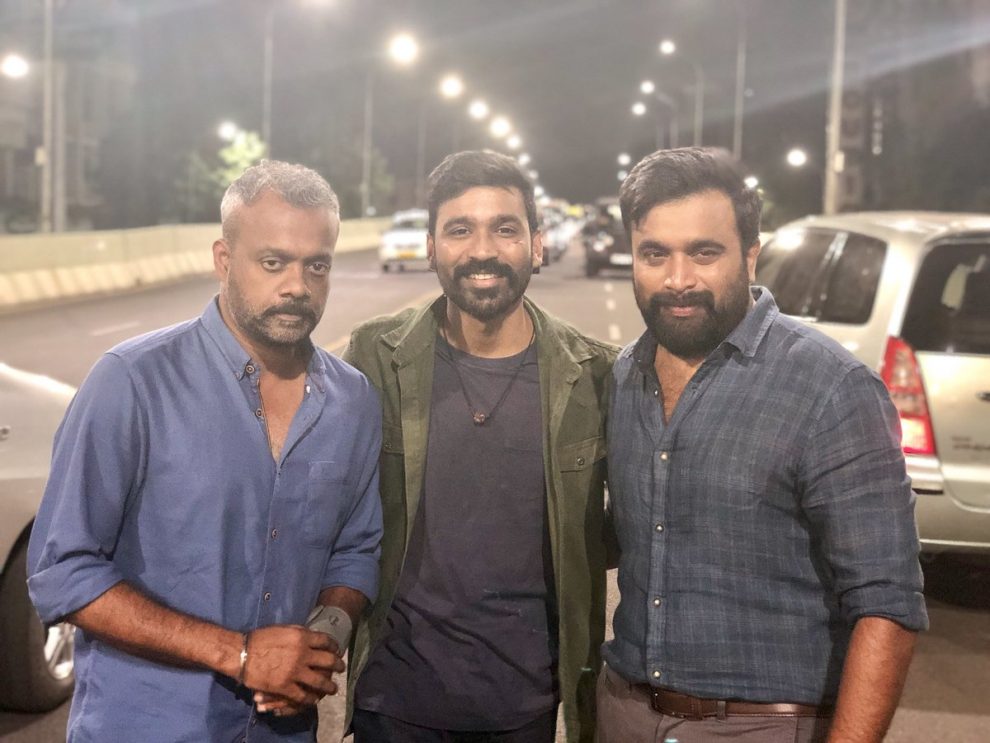 Dhanush’s Enai Noki Paayum Thota has been in the making for a while now and fans have been waiting expectantly for the movie. The songs of the movie were released a few months ago and became raging hits.

Director Gautham Menon has now released an important update on the project. “Nothing makes more sense than being at shoot. And when actors make it look so easy. ENPT in its final schedule and a special combination of @dhanushkraja and @SasikumarDir . And suddenly realised it’s a combination of 3 directors too! #ENPTFinalScheduleBegins (sic.)” he has tweeted.

From his tweet, it is evident that ENPT is in the final leg of shoot and will get ready to hit screens soon. As Gautham Menon has shrewdly observed, not only is the combo of Dhanush-Sasikumar fresh, all 3 of them are directors too. Some sharp minds are at work here and expectations are getting higher and higher with this one.