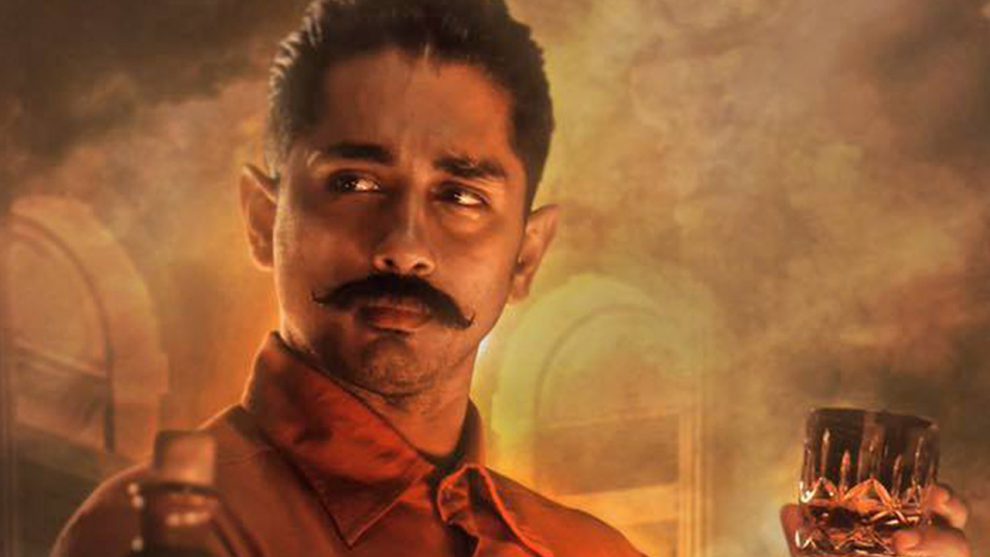 Actor Siddharth who was last seen in the horror thriller Aval, is all set to make his Mollywood debut with the big budget entertainer Kammarasambhavam. Starring Dileep and Siddharth in the lead roles, Kammarasambhavam has been in the headlines ever since it was announced.

Dileep essays the role of Kammaran in the movie, while Siddharth plays Othenan Nambiar in the movie. Going by Siddharth’s tweet, Kammarasambhavam is currently in post-production stage and is almost ready.

“#Dileep as Kammaran … A most complicated and layered character; his wrinkles hide many layers of the truth. #Kammarasambhavam … Directed by Rathish Ambat. Written by Murali Gopy. Almost ready!,” tweeted Siddharth.

Touted to be an epic film set in three different timelines, the movie will feature the lead stars in multiple looks. From the looks of the posters, it is evident that the actors are donning never seen before looks.

Nimir actress Namitha Pramod is playing the female lead in the much-anticipated project. Directed by Rathish Ambat, Kammarasambhavam is slated to release this summer.

In Tamil, Siddharth will be next seen in Shaitan Ka Bachcha directed by Karthik G Krish of Kappal fame. Raashi Khanna is pairing alongside the actor in the upcoming action comedy entertainer.

Rajinikanth’s 2.0 release date gets pushed; makes way for Kaala
Guess who plays the female lead in Vijay Antony’s next?
Comment