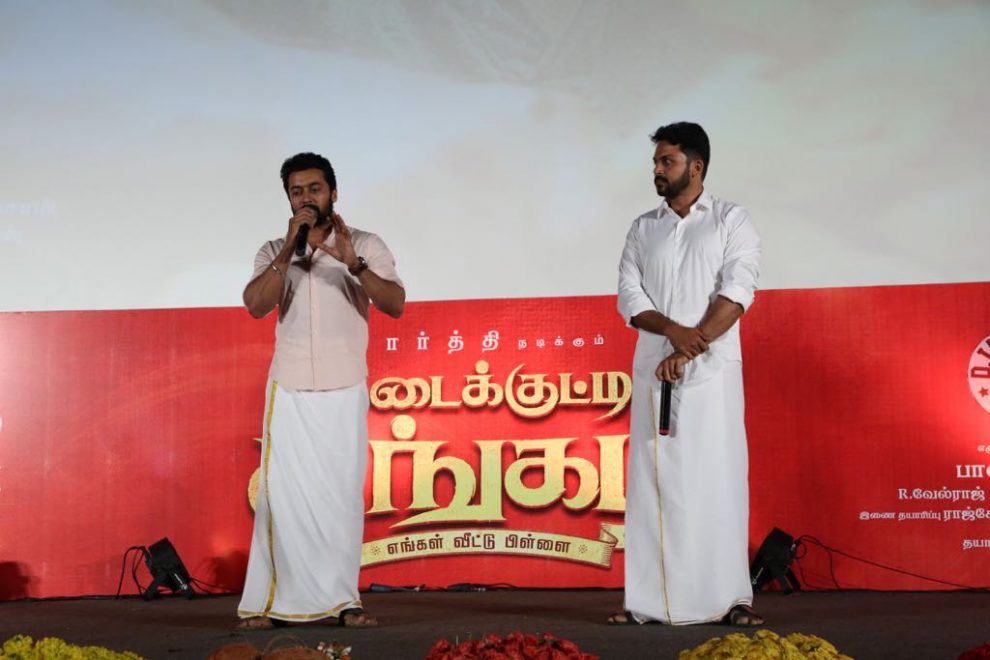 The audio launch of Kadaikutty Singam happened in Chennai on Monday. Among those who were present in the launch event were yesteryear actor Sivakumar, actors Suriya (also, one of the producers of the movie), Karthi, director Pandiraj.

Speaking at the function, Karthi, the hero of the movie, said, “Director Pandiraj planned and executed his skills well. He’s created 28 characters for the movie. The movie will get all those in the cities to go to villages and take up farming.” The actor also said that the movie also gave an opportunity to work with music director D. Imman for the first time.

Talking about working under Suriya’s production, he said, “I am glad about it and hope we can act in a movie together soon.” 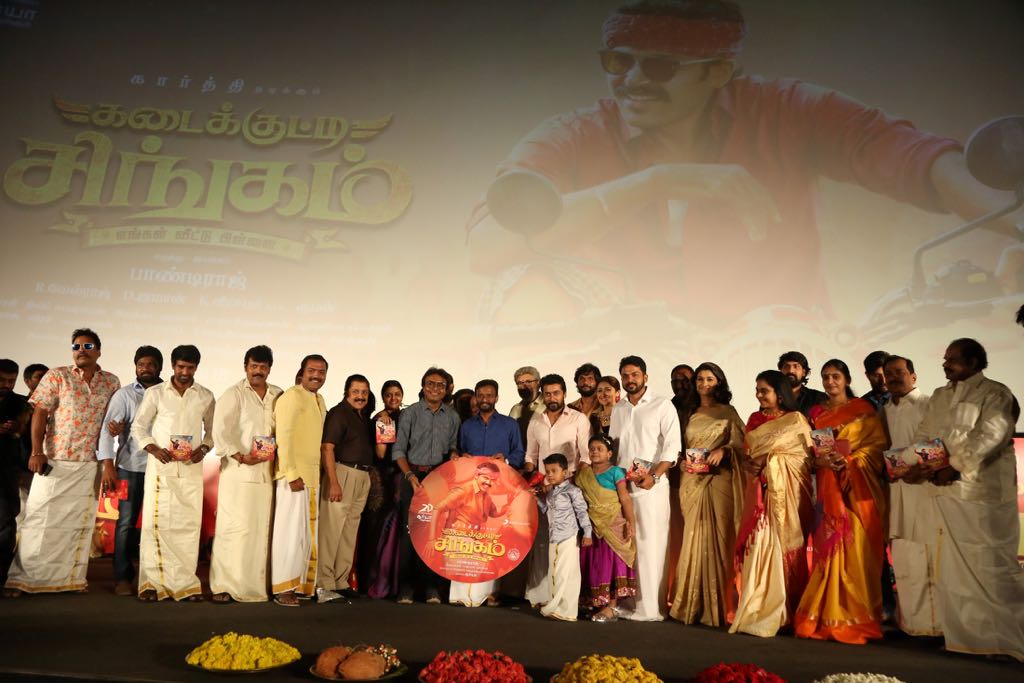 Suriya applauded the efforts put in by the team during the shoot. He also narrated an incident where actor Sathyaraj had brought sweets for him and Karthi after getting his first salary acting in movies. He said producing a movie, with Karthi in ead role, and with Sathyaraj in it is the ‘biggest gift in his life.’

Echoing a similar sentiment, actor Sivakumar said it was the ‘happiest day of his life’.