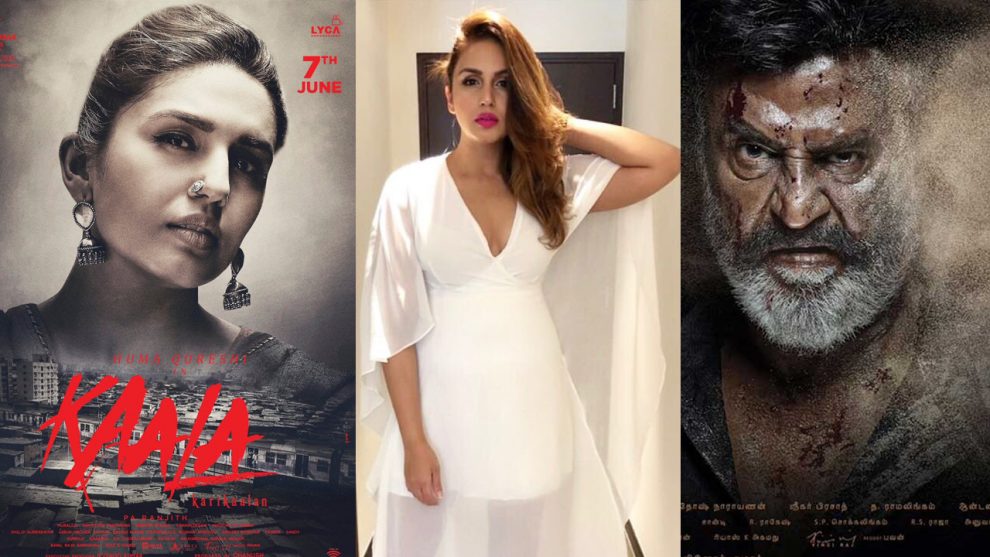 Actress Huma Qureshi is all excited to have played the character Zareena in the much-anticipated Rajinikanth film Kaala directed by Pa. Ranjith. The actress who appears as Rajinikanth’s lover in the upcoming movie took to her Twitter handle to thank director Ranjith for the role.

“The only joy we get as actors is to play living breathing characters .. so blessed to have had the opportunity to play #Zareena Thank you @beemji for this and the one&only @rajinikanth #Kaala coming to theatre near you June 7th #KaalaInHindi @wunderbarfilms @LycaProductions,” tweeted Huma Qureshi.

Reportedly, director Pa. Ranjith roped in Bollywood diva Huma Qureshi after seeing her impressive performance in Gangs of Wasseypur. At the audio launch of the movie, director Ranjith revealed that there is a duet song featuring Rajinikanth and Huma.

Kaala marks the second collaboration of Rajinikanth with Pa. Ranjith, after the successful Kabali. Produced by Dhanush’s Wunderbar Films, Kaala has been awarded U/A certificate and will be released on June in Tamil, Telugu, and Hindi.