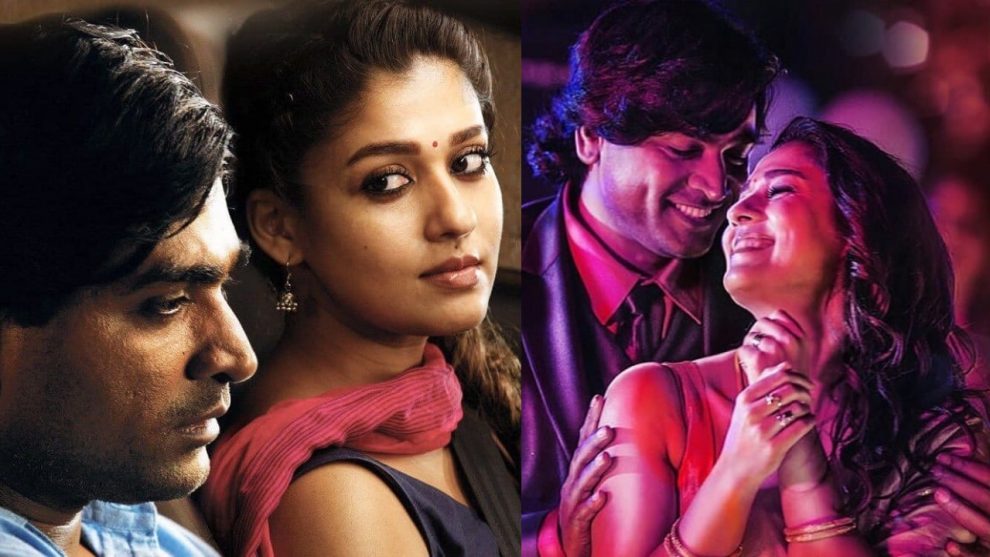 Last seen in the comedy thriller Kolamaavu Kokila, lady superstar Nayanthara’s much-awaited Imaikkaa Nodigal has hit the big screens on August 30. Going by the reviews on social media, it looks like netizens can’t stop raving about the film, especially the stunning performances of Nayanthara and Anurag Kashyap.

Directed by Ajay Gnanamuthu of Demonte Colony fame, Imaikkaa Nodigal features Nayanthara in the role of an investigation officer.

Bollywood director Anurag Kashyap is making his Tamil acting debut with Imaikkaa Nodigal. The actor appears as a psycho villain in the thriller which also features Atharvaa and Rashi Khanna in important roles. The movie also has actor Vijay Sethupathi in an extended cameo role.

Here’s what audience are saying about Imaikkaa Nodigal

#ImaikkaaNodigal – Edge of the seat thriller superbly constructed by @AjayGnanamuthu . @NayantharaU is brilliant as a COP. @Atharvaamurali done good Job. But it was @anuragkashyap72 who stealed the show. Amazing BGM & DOP. All together another BB in the kit for #LadySuperstar

#ImaikkaaNodigal (Tamil): is an interesting crime thriller that keeps you hooked to the screen mostly though the running time makes it a tedious watch. Nayanthara is a CBI officer who deals with notorious psycho…

Finally!!!!!A lot of people have put in some serious and honest efforts in making this film.. Hope you all love it as much as we loved making itgood screenplay #Imaikkaanodigal is all yours from today

#ImaikkaaNodigal Very good first half followed by a decent second half. Nayanthara is egoless as she allowed @anuragkashyap72 and the other male lead to take center stage for many scenes and Anurag was brilliant. She underplayed the character perfectly.

#Imaikkaanodigal – 3.75/5 Intriguing cat and mouse game by @AjayGnanamuthu . The twist towards the pre climax are the best. Total surrender @anuragkashyap72 Welcome to Kolly @anuragkashyap72

#ImaikkaaNodigal: There are slight lags here and there along with the complaint of a plastic romantic angle, but that won’t hinder the narrative much. The action, cinematography and @hiphoptamizha’s exciting BGM add on to the pile of assets.

#ImaikkaaNodigal is a riveting thriller, despite the underwhelming romance portion. @anuragkashyap72 steals the show as a psychotic killer on the prowl. Effortless performance. #Nayanthara, on the other hand, is undeniably impressive in yet another memorable performance.

Barring the soulless romantic sequence between Atharvaa and Raashi, enjoyed watching #ImaikkaaNodigal which is an engaging action thriller. Another quality film from @AjayGnanamuthu. Solid emotional flashback with #VijaySethupathi is a very good idea

#ImaikkaaNodigal:Engaging, well-packaged action thriller. @AjayGnanamuthu comes to the party with a stylish and smartly written film that has 3 solid characters. Really liked this!

Venkat Prabhu talks about his next with Thala Ajith?
SJ Suryah to make his debut in Bollywood alongside Amitabh Bachchan
Comment