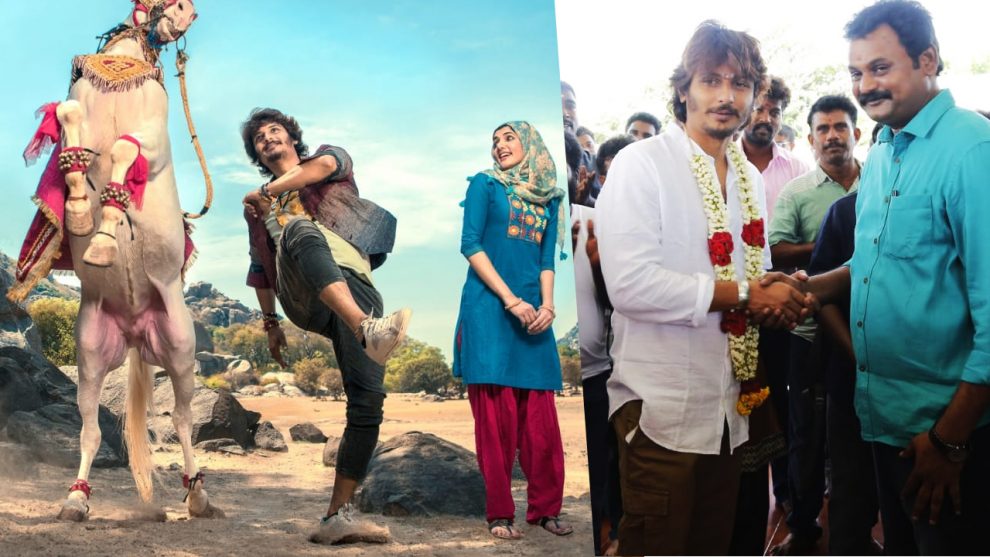 After the critically acclaimed movie Joker, director Raju Murugan has started working on his next, Gypsy, starring Jiiva in the lead role.

The movie, which was launched earlier this year, started rolling on Sunday with a pooja. Actor Jiiva took to his Twitter page to share the news along with the first look poster of the movie. “And the Journey begins! #Gypsy #Firstlook,” tweeted Jiiva, who sports a never seen before avatar.

The first look posters have already created a huge buzz on social media.

Touted to be along the lines of a socially responsible theme, the movie is a travel story about a modern Gypsy character. Going by the posters, a majestic white horse will also be playing an important role in the movie.

Check out the pooja stills of Gypsy.