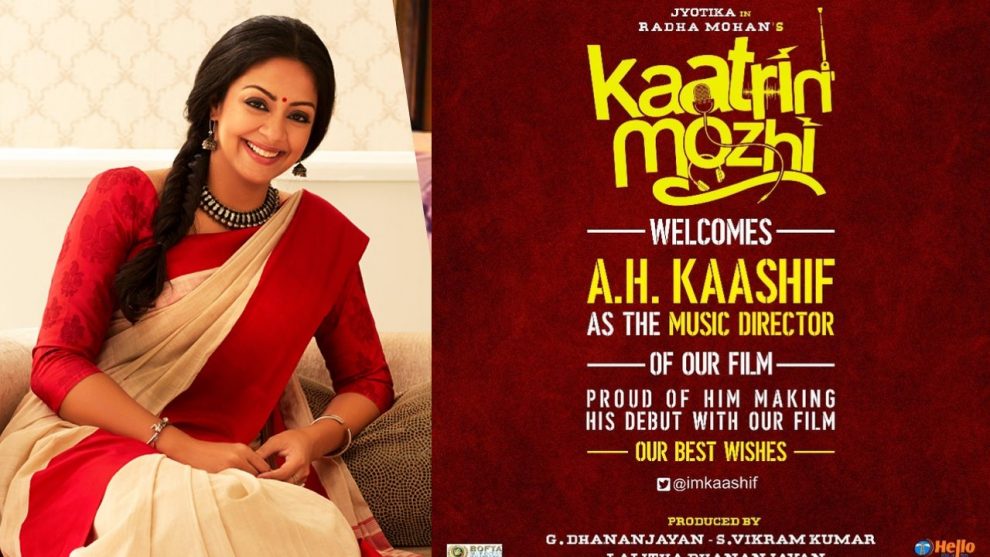 A.H. Kaashif, nephew of the legendary A R Rahman has been roped in to score the music for the Jyothika starrer Kaatrin Mozhi. The movie marks the debut of the composer, whose song from Lake of Fire was nominated at the Academy Awards 2018 for Best Original Song.

Jyothika will be seen in the role of a house-wife turned radio jockey, inspired by Vidya Balan’s role in the original Tumhari Sulu.

Directed by Radha Mohan, actor Vidaarth will be playing the role of Jyothika’s husband in the film. Radha Mohan and Jyothika have previously worked on Mozhi. The title Kaatrin Mozhi is inspired by a song from Mozhi.

It is also confirmed that actor Lakshmi Manchu will be a part of the movie.

The makers of the movie had released a poster confirming that Kaashif was onboard the project. 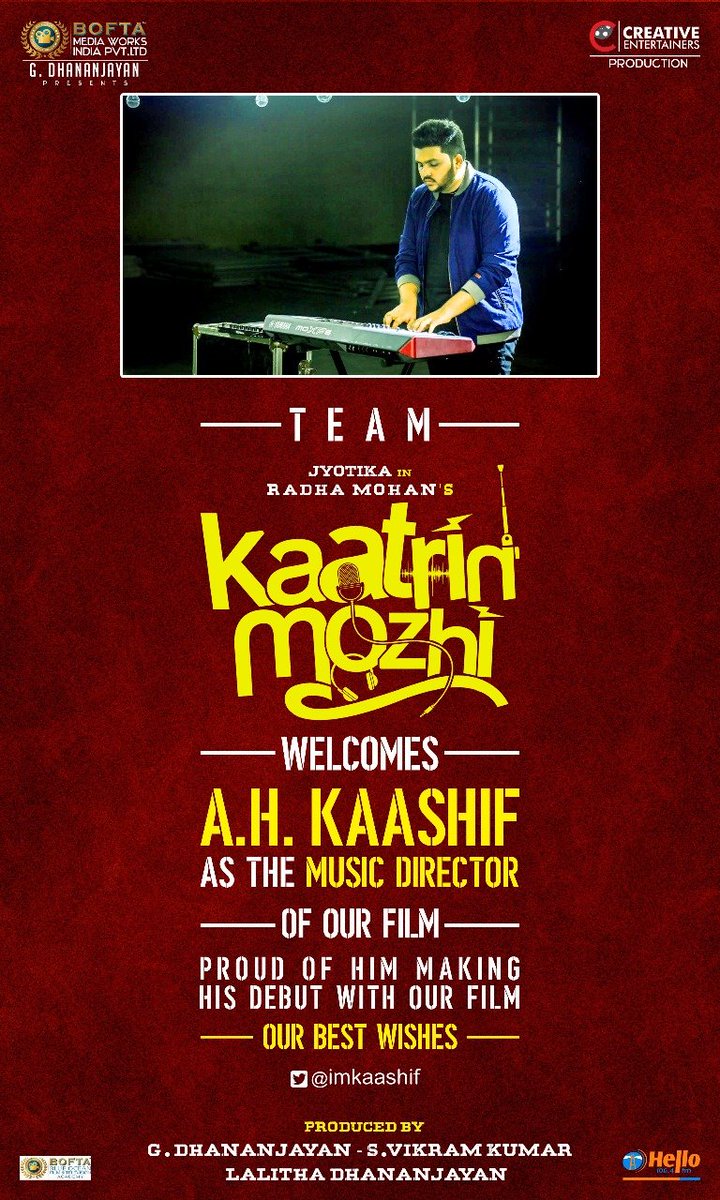 In response, Kaashif had tweeted “Thank You sir for having me on board , Super excited to be a part of this project (sic.)”

Many promising elements are being packed into this highly anticipated project.