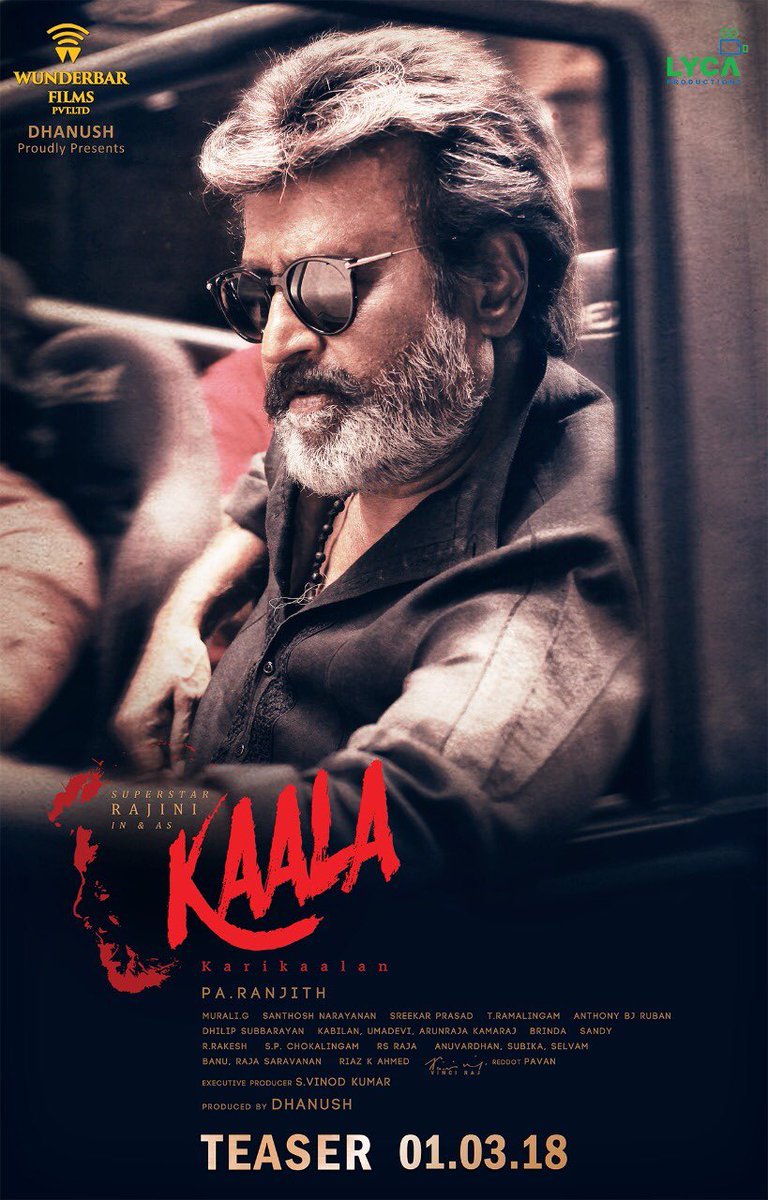 Only a few days back, it was officially announced that Kaala‘s teaser will be released on March 1. Since then, the production house had been teasing the audience with intriguing tweets, building the hype around Kaala.

Son-in-law and producer of Kaala, Dhanush, had tweeted saying that we would be in awe of Superstar’s style and charisma.

The news you have all been waiting for. #kaala TEASER FROM MARCH 1ST. Get ready to be in awe of our one and only Superstar’s charisma and style. “ இந்த கரிகாலனோட முழு ரவுடித்தனத்த பாத்தது இல்ல..ல ..? பாப்பீங்க!!! “ pic.twitter.com/3gcKmhWXEQ

Honestly, we couldn’t agree more. One actor that we have seen ruling the screens for decades, Rajinikanth seems to have aged like fine wine. Everything about the first look oozes Rajinikanth’s stardom and charm.

In a recent development, actor Dhanush had tweeted saying that the teaser release of Kaala has been postponed to March 2, as a mark of respect to the demise of respected Jagadguru Poojyashri Jayaendra Saraswati Shankaracharya.

Directed by Pa. Ranjith who has previously worked with the Superstar in Kabali, Kaala will release in theatres on April 27.