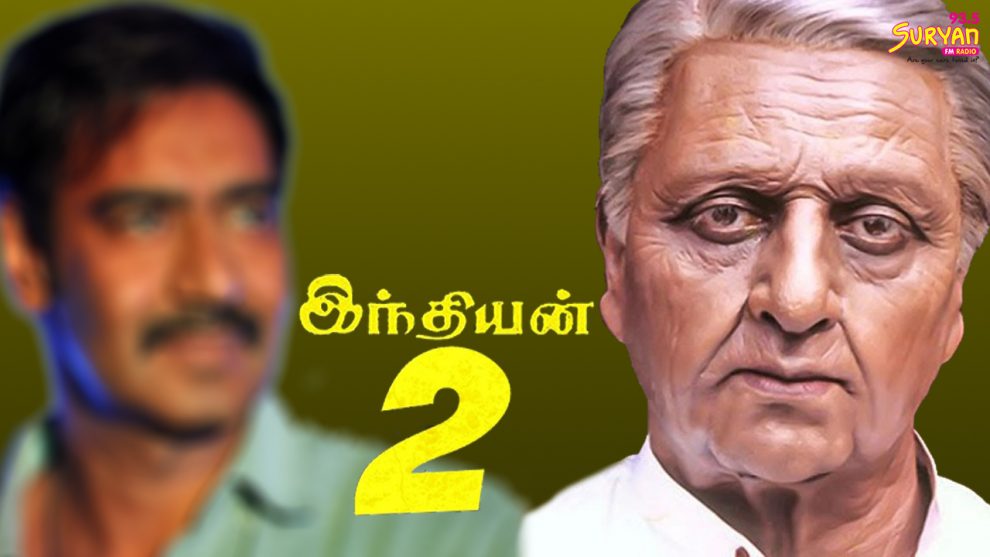 Kamal Hasan is currently busy promoting his upcoming movie Viswaroopam 2 and has been giving several interviews across India.

In one such promotional interview, Kamal has hinted that Bollywood actor Ajay Devgn may be a part of his next movie Indian 2.

Released in 1996, the prequel Indian was a blockbuster hit and fans have been eagerly waiting for the second part. Apart from being a commercial success, Indian was also critically acclaimed and won several awards.

While not much is known about the cast and crew details of Indian 2, Kamal has revealed that the movie will go on floors in September, after he completes his role as host on a popular reality TV show.

In a recent interaction with the press, Kamal was asked if Ajay Devgn is part of Indian 2, to which he said “That is what I have been told. It is the director’s call.”

From his words, it looks like Ajay is indeed a part of Indian 2, although there has been no official confirmation on the same. Earlier, it was confirmed in a press report that Anirudh Ravichander will be scoring the music for Indian 2.