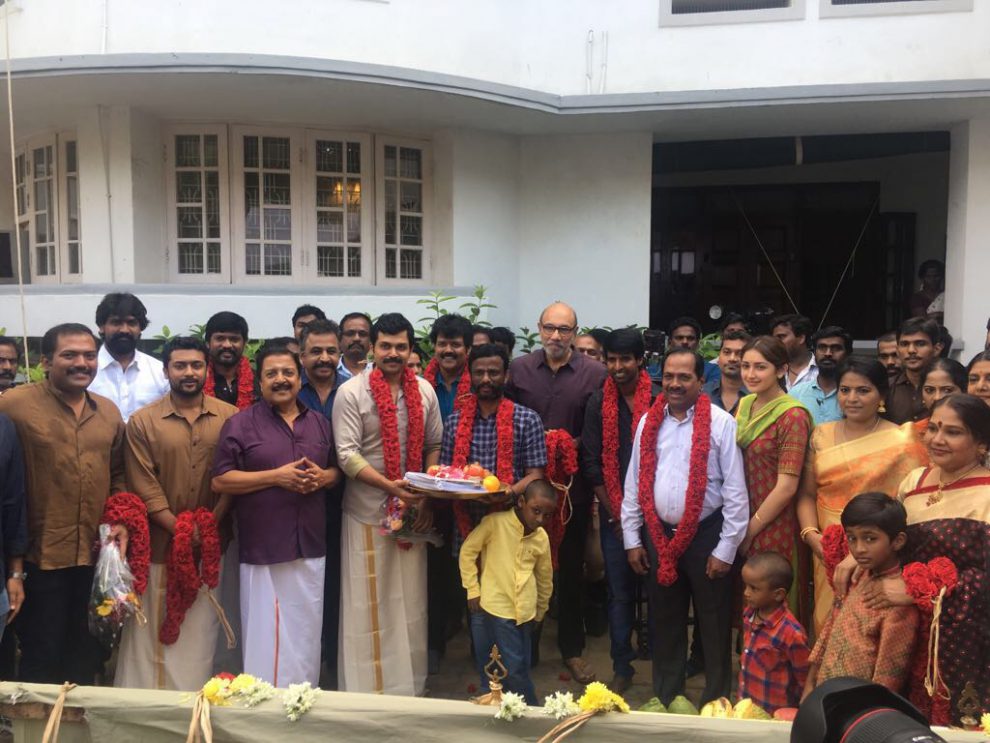 Thanks to his roles in Paruthiveeran and Komban, Karthi is widely seen as a ‘mass’ and a ‘rural hunk’. Rumour say the actor was glad to get to his roots, wearing a ‘veshti’ for the film, directed by Pandiraj. The pooja of the film happened in Chennai, and shoot will continue for five days here.
Karthi’s ‘veshti’ and ‘lungi’ avatar has been received well by the audience. A picture of the actor wearing them has gone viral, with many heaping praise on the actor for taking up the role.

The team will move to Thenkasi for a forty-day schedule. The film also starts veteran actors like  Ponvannan and Bhanupriya. Soori has been roped in as the comedian. Cinematography is being handled by Velraj.

Apart from Sayyeshaa, the makers are also in talks with Priya Bhavani Shankar, the new sensation who has made a name for herself among youngsters for her role in Meyaadha Maan, and the Premam fame Anupama Parameswaran, who was last seen opposite Dhanush in Kodi.

Karthi’s next release will be Theeran Adhigaaram Ondru, a crime thriller based on real-life incidents that shook Tamil Nadu politics some time back. The movie is directed by Sathuranga Vettai fame director Vinoth and stars Rakul Preet as the lead heroine. Ghibran has composed the music.