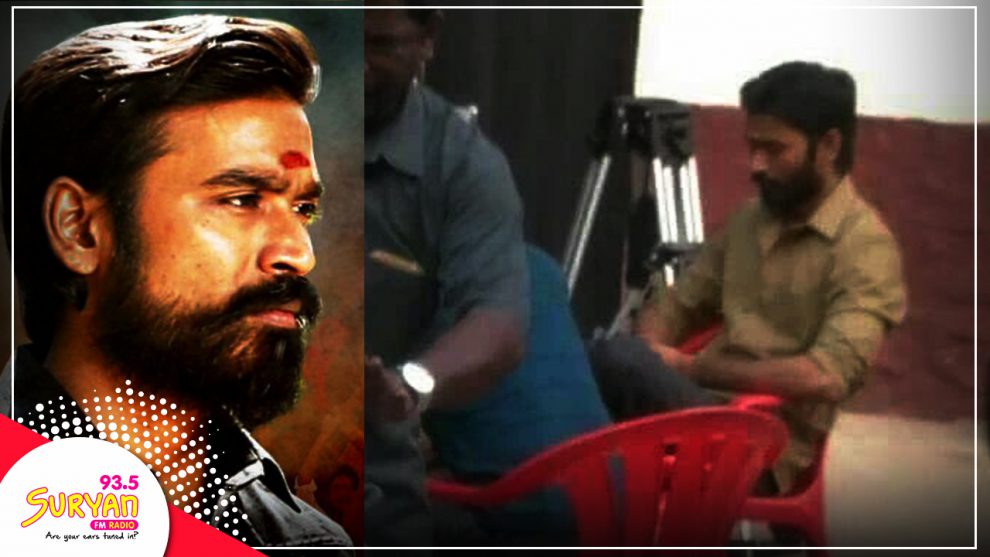 As reported earlier, Dhanush’s much-anticipated movie Maari 2 started rolling on January 22. Directed by Balaji Mohan, the movie is a sequel to 2016 superhit Maari and was officially launched with a customary pooja towards the end of last year.

Ever since the project was announced, fans have been waiting to catch a glimpse of the actor’s look in the sequel. And now, few pictures from the shooting spot of the movie have surfaced on social media.

Going by the pictures, Sai Pallavi is likely to play a homely character in the movie. The saree-clad actress looks gorgeous in all the pictures and has already swept the audience off their feet.

It is Dhanush’s look that has surprised fans. Unlike his Thara local don avatar in the prequel, Dhanush sports a bearded subtle get-up, which has an uncanny resemblance to his Kodi character, Anbu.

Well, the leaked pictures have boosted curiosity among fans, who are playing the guessing game on social media. So, what is Dhanush’s new look all about? Let’s wait and watch.

Maari 2 will feature Mollywood star Tovino Thomas as the baddie along with Varalaxmi Sarathkumar and Krishna playing pivotal roles. Actors Robo Shankar and Vinod, have been retained in the sequel too.