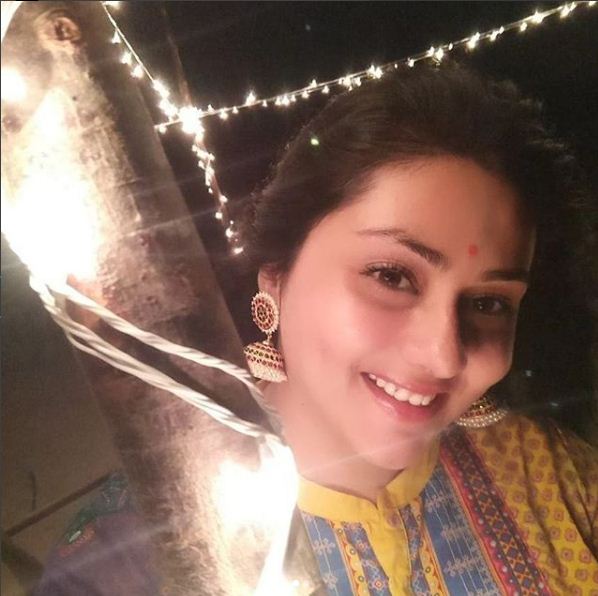 Raiza Wilson, the Bengaluru-based model who shot to fame after a reality show and a friend of Namitha, on Friday announced the wedding of the actress with Veera. In the video, actress Namitha announced that she will be getting hitched to her friend Veera on Nov.24.

Recently, actress Namitha participated as a contestant in a popular show hosted by Ulaganayagan Kamal Haasan.

There were rumours about the actress’ wedding, involving a veteran actor.

Breaking that rumor, Raiza Wilson, another contestant of the show, posted a video on twitter. The video features Raiza partying with a group of friends where Namitha introduces her fiance and announces her wedding date — November 24.

Soon after the news broke our, Namitha made the following announcement:

Hi Everyone, am sure by now you have heard that Veera and I, are getting married on November 24th @ Thiruppathi. Veera is my Best friend and my Soulmate. He is a Producer and an Aspiring Actor. This alliance is an Arranged/ Love marriage. We were introduced by our BEST friend Sashidhar babu last year in September and little by little we became good friends. On Sept 6th 2017 he popped a question very romantically on the Beach , where he had arranged a Candle light dinner for us. I was completely Flabbergasted! As I did not expect it. What made me say ‘ YES’ was that we share similar life goals and we both are Spiritually awaken. We share our love of Travelling, especially Trekking and nature. We share love for animals and we both are passionate about life it self. I feel blessed to be with someone who makes me his priority. There was no Running – Chasing game. In last 3 months the more I understood him , the more I felt lucky to even be with him. My faith in men is restored again with his gentle care and support. I thank each and everyone of you, who has been my support system since day one and we both seek your Love and Blessings. Thank you. God bless you.

Namitha is currently working in Pottu,a horror movie, directed by Vadivudauyan. The film features Bharath, Shristi Dange, Thambi Ramaiah and Rajendran. The music is composed by Amresh Ganesh. The movie is set to release in December 2017.