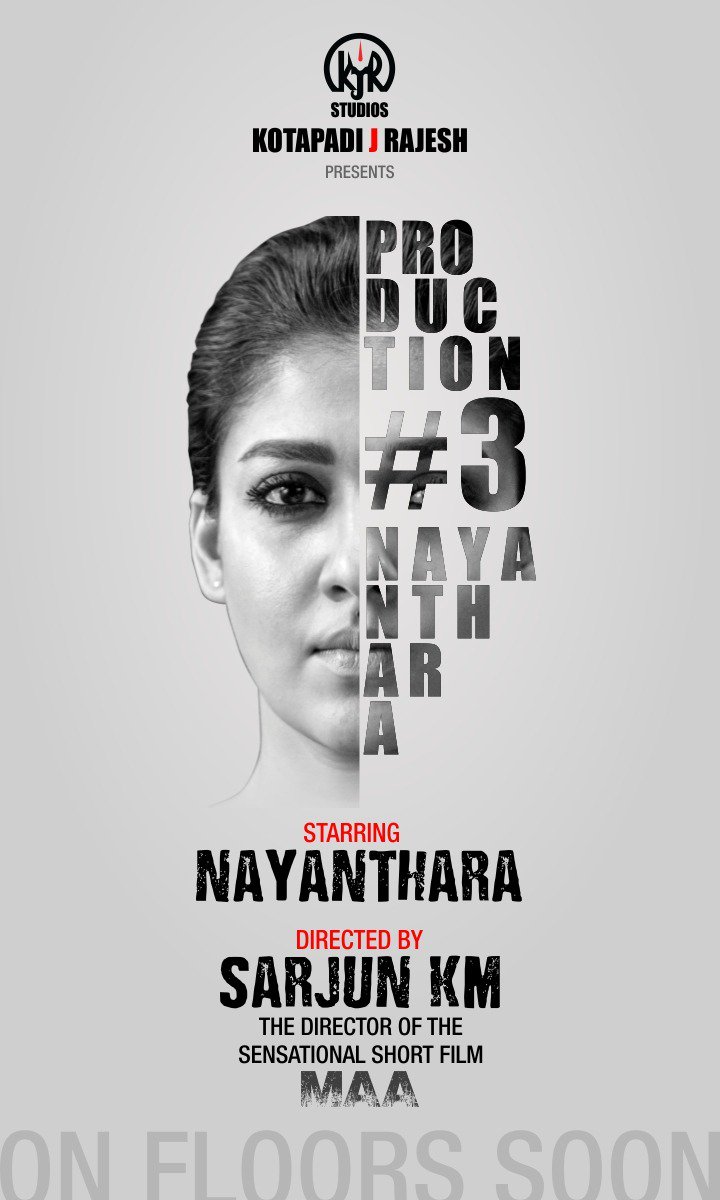 Nayanthara, who is now basking in the success of her blockbuster Velaikkaran, actor Nayanthara is now all set to work in a horror movie under the banner of KJR Studios. She has worked with them in the past for Aramm, a women-centric movie, where she played the protagonist.

Nayanthara is no stranger to horror and she has already proved to the audience that she has the potent to portray any role and bring it to life on screen.

KJR Studios had made an announcement earlier today, declaring that they would reveal details of their third production soon. Interestingly, their first two productions were Aramm and Gulaebaghavali and both fared well at the box office.

For their third venture, they are working with Nayanthara again and the movie will be directed by Sarjun K.M. who directed the acclaimed short films Lakshmi and Maa. More details about the rest of the cast and crew will be announced shortly.

Check out their tweets here:

KJR STUDIOS is proud to announce our third production starring #Nayanthara, to be directed by the creator of the sensational short film #Maa – @sarjun34. Hold your breathe for a scary ride!
An #OutnOutHorror film. On floors soon… pic.twitter.com/xvIrR0Dojt

Our next – #ProductionNo3 will be an #OutnOutHorror starring #Nayanthara and directed by the sensational @sarjun34
More info on the rest of the Cast and Crew soon… pic.twitter.com/dJ0yxu3Y2p

Nayanthara on board for Ajith’s next BIG project!
Vijay Sethupathi slaying it as Shilpa
Comment