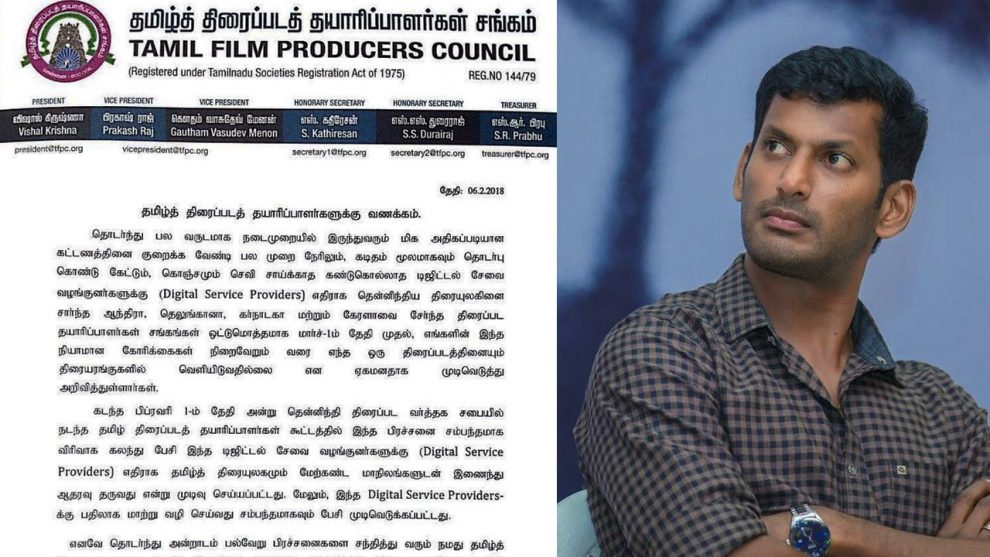 Earlier this week, it was being said that the Tamil Film Producers Council had decided to not release any new movies in theatres, in an attempt to combat the exorbitant prices charged by Digital Service Providers that stream movies to theatres.

It is said that the move was initiated by the Telugu Film Chamber of Commerce, after which the Tamil Film Producers Council were asked for support.

Now, the buzz is that the Kannada and Malayalam industries have also extended their support for the same. If this information is true, it means that there will be no new releases in South India from March 1.

Earlier, the Telugu Film Chamber of Commerce decided not to release any movies in two Telugu speaking states from March 1. It was only later that they sought the support of others in the South Indian film fraternity.

Although the news was not confirmed until recently, the Tamil Film Producers Council released an official statement regarding the same.

According to sources, actor and president of TFPC Vishal, has said that work is going on to find alternate sources to digital service providers or to setup own infrastructure.

In other reports, it has been stated that apart from charging high prices, digital service providers also make money out of the advertisements being shown in theatres.

Although there has not been any official statement from digital service providers regarding the same, sources say that they are unhappy with the decision and that they are willing to negotiate the prices. They have asked for a meeting with TFPC.