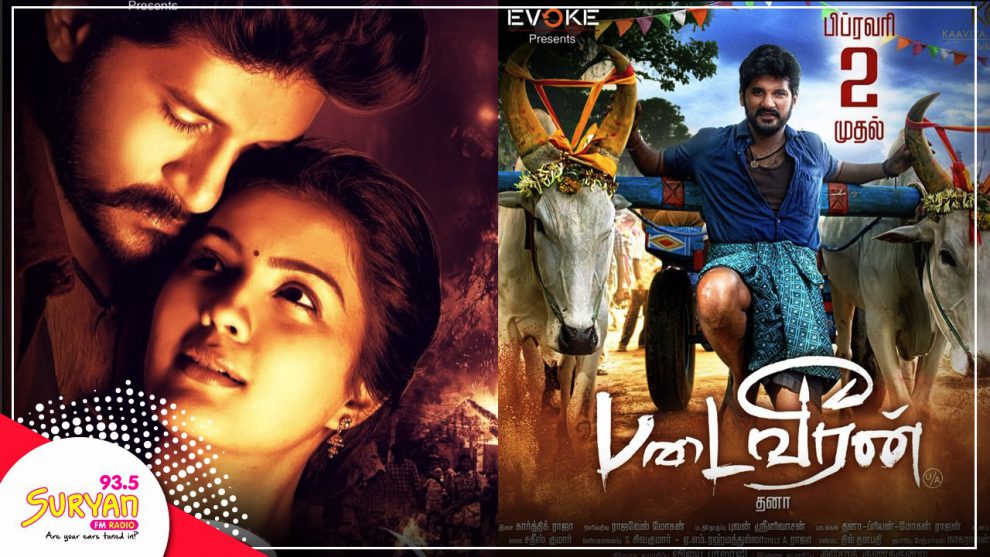 Starring singer Vijay Yesudas and Amritha in the lead, Padaiveeran is an upcoming Tamil drama, written and directed by Dhana. Interestingly, the film also has legendary director  Bharathiraja and actor Akhil in important roles.

Dhana has worked as associate director with ace director Mani Ratnam and later announced that Padaiveeran would be his debut as a director. Actor Amritha, on the other hand, has just wrapped up Kaali with Vijay Antony in the male lead.

Featuring a rural backdrop, Vijay plays a squanderer in the movie. While the trailer of the movie promises a lot of humor, sources say that things take a serious turn as the story rolls forward. The trailer also features Vijay Yesudas essaying the role of a cop.

The film’s first look was released by actor Arvind Swami and opened to positive reception. According to reports, Vijay Yesudas held a special screening of the film for his friend- actor Dhanush. Dhanush was reportedly impressed with the film and offered to sing a song for the film. Sources say that the dedicated actor even dropped in on the sets to view the filming of his song.

Vijay Yesudas is the son of acclaimed yesteryear singer Yesudas and is a popular singer himself. Although he is a Malayali, Vijay’s Chennai upbringing ensured his fluency in Tamil, as is evident from the trailer.

A lot of celebrities have been supporting the movie and it seems like Padaiveeran is already in the hearts of the audience. Actor Dulquer Salmaan, a close friend of Vijay, could hardly contain his excitement after seeing Padaiveeran ‘s trailer.