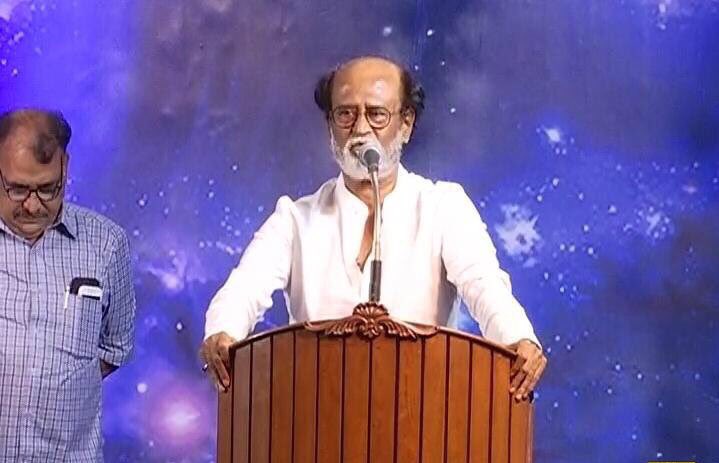 Earlier this year, the Superstar had announced that he would meet his fans at Raghavendra Kalyana Mandapam to address them. Rumours that the Superstar will foray into politics have been afloat for a while now and in his meeting with fans on Tuesday, he put all these rumors to rest.

The meeting began with all in attendance observing a minute of silence for those who lost their lives in Cyclone Ockhi. Following that, the meeting lit up like a house on fire with the Superstar making multiple announcements about his political entry. Fans and media went into a frenzy and in a matter of minutes, the meeting became the most trending thing on social media.

The star has said that he will make an announcement on his political stand on December 31 and the entire state is in a frenzy.

Some of the star’s statements have been doing rounds on social media. According to reports, the star has said that he is not new to the world of politics and has been in it since 1996. He has also said that it is important to enter with a strategy.

“More than bravery, a strategy is important to enter politics”, said the actor.

Many of his movies were reported to hint his entry into politics. It remains to be seen whether the actor will take the plunge or not.