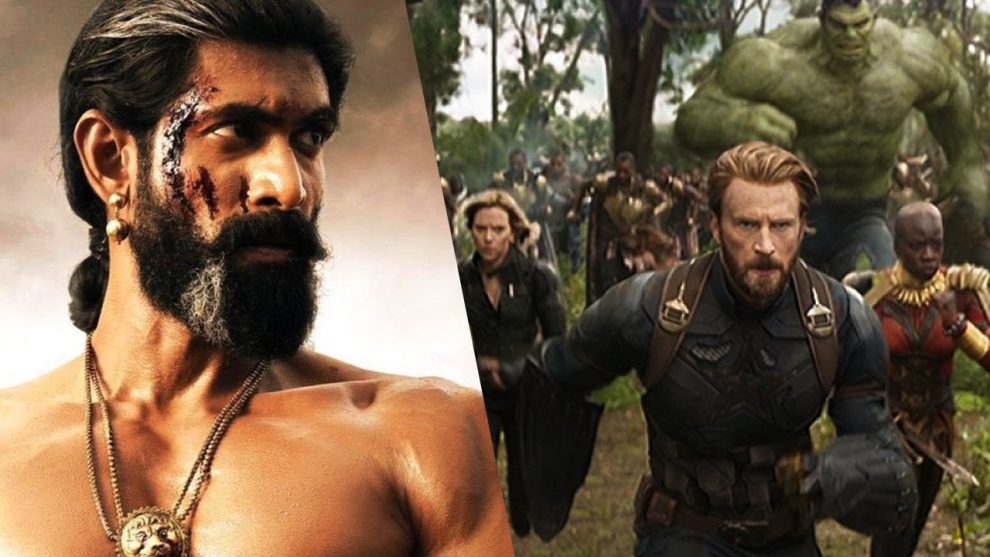 Avengers: Infinity War has been the most awaited Hollywood movie of the year and after a long wait, fans across the globe are all excited to watch the movie, set to hit big screens this month. Well, Telugu audience will have an exciting factor to watch the movie.

According to latest reports, Baahubali star Rana Daggubati has lent his voice for the Telugu version of the Hollywood biggie Avengers: Infinity War. Reportedly, the actor has dubbed for a powerful villainous character named Thano in the movie.

While sharing his experience dubbing for the movie, Rana said,  “I’ve grown up reading Marvel Comics and Marvel movies with their intricately woven storylines. It is fascinating to see how Marvel has created characters and stories that resonate so well with audiences across the globe, making movies at a scale that one had never before imagined.”

“Characters such as Iron Man and Captain America have been my favourites. So dubbing for ‘Avengers: Infinity War’ was thrilling. Voicing for Thanos, a villain so powerful that some of the biggest superheroes have a tough time dealing with, was an exciting experience,” Rana said in a statement.

On Monday, the actor also shared the Telugu version trailer of Avengers: Infinity War. “I am Thanos!! And I have the power to rule the world,” captioned Rana.

It is needless to say, Rana had already raised the bar playing the villainous character Bhallaldeva in the magnum opus Baahubali: The Beginning and Baahubali: The Conclusion, directed by SS Rajamouli. With Rana coming on board for the much-anticipated movie, the movie is expected to have a better reach among Telugu audience.

Avengers: Infinity War is directed by Anthony and Joe Russo and produced by Kevin Feige. The much-hyped movie will hit the theaters on April 27.

Did Nayanthara just spill the beans on her relationship?
‘Accidents happen in a wink’: message from police goes viral
Comment