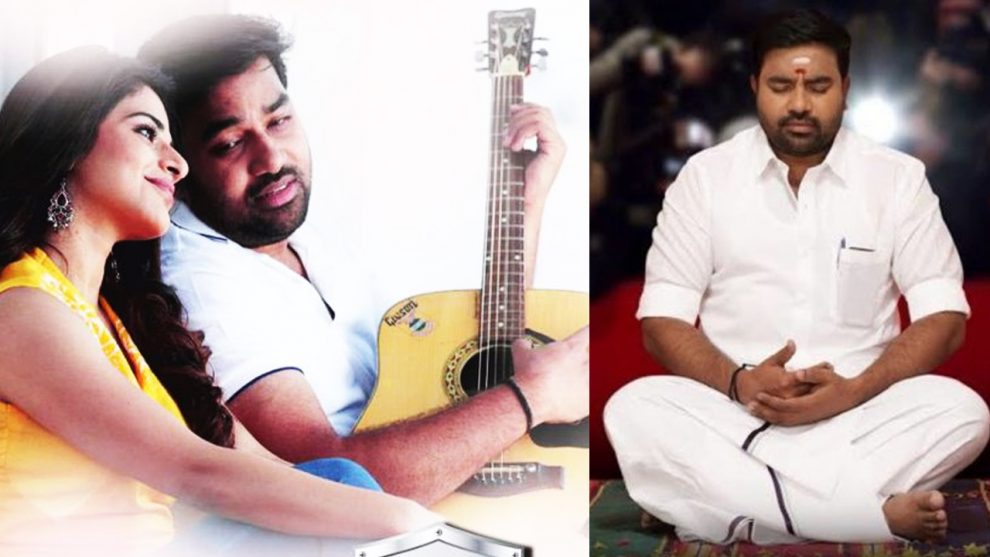 Director C.S Amudhan who has been regularly updating fans about his much-anticipated sequel Tamizh Padam 2.0, revealed the ‘real’ reason for the movie’s delay.

On Monday, Amudhan announced that “the first look of the press release regarding the delay of Tamizh Padam 2.0 release” will be unveiled by director Venkat Prabhu at 5 p.m in the evening.

Going by the press release, the movie’s release date was pushed from May 25 “due to technical reasons”.

Due to the massive amount of VFX required to show the “lead actors in good light”, the team had to apparently reschedule the release, read the quirky press release.

Check out the press release here 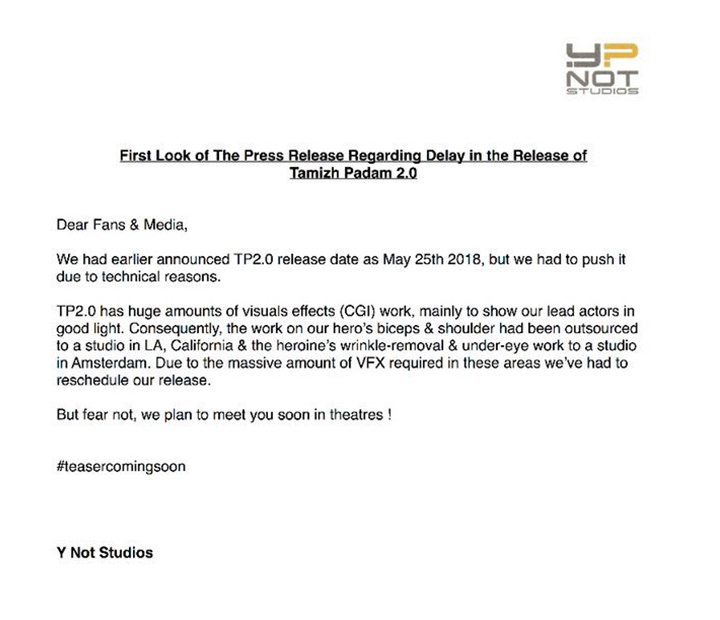 Actors  Shiva and Disha Pandey who played the lead pair in the prequel will portray the leads in Tamizh Padam 2.0 too.

Sashikanth, the producer of the movie, would be playing a role in the film which has Ishwarya Menon, Sathish, Santhana Bharathi, Manobala, R Sundararajan, Nizhalgal Ravi, and Chetan in important roles.

The team is currently in the US for the final leg of the movie. 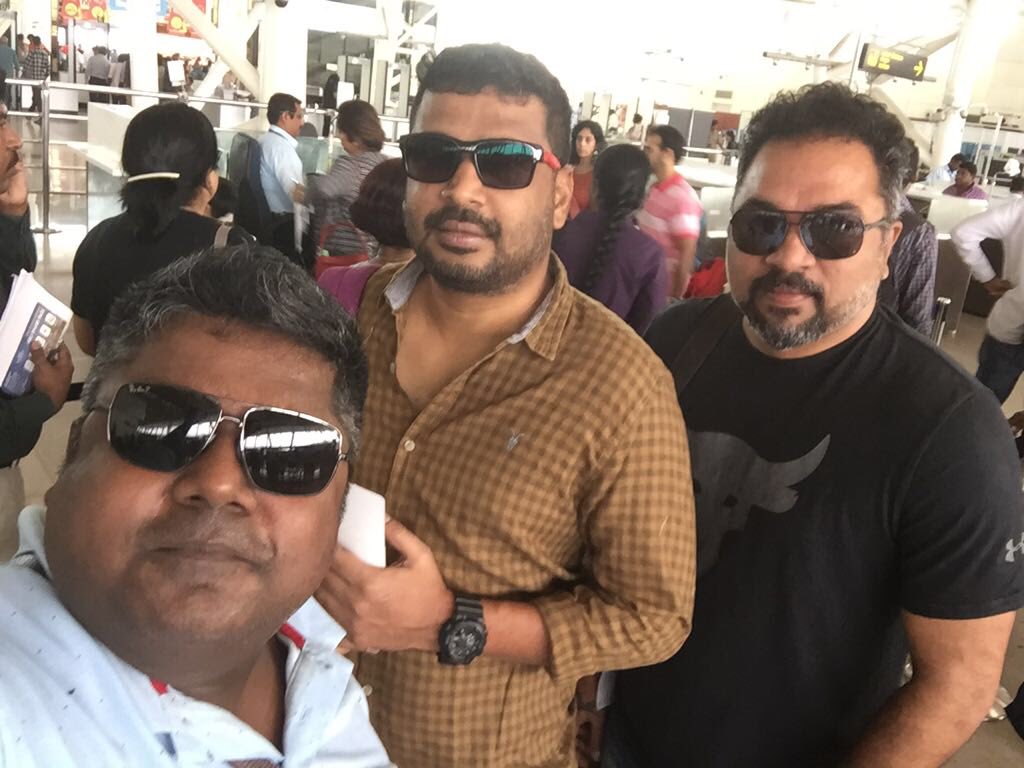