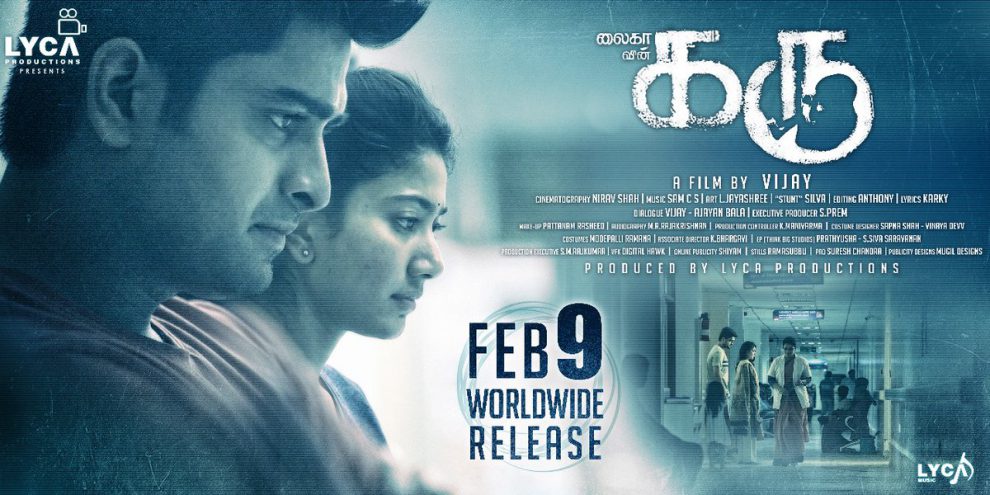 Actor Sai Pallavi’s debut Tamil film, Karu is slated to release on February 9. Touted to be a horror suspense thriller, Karu is directed by A. L. Vijay. The trailer of the movie was released in November by Prabhu Deva, and had opened to positive response from audience.

The movie also stars Naga Shourya in the lead role along with RJ Balaji in a pivotal character. Karu, presented by Lyca Productions is titled Kanam in Telugu.

A.L. Vijay, who is known for his super hits Thalaivaa, Deiva Thirumagal and Madrasapattinam, is trying his hand on a thriller genre for a change this time.

Sai Pallavi will also be seen in the Telugu film MCA, which stands for ‘Middle Class Abbayi’. Directed by Sriram Venu, MCA is the second outing of the actress in the Telugu industry. The Premam sensation marked her Telugu debut with Sekhar Kammula’s Fidaa, which was a blockbuster hit.

If you have missed out the trailer, check it out here –

Arvind Swami to team up with Rajinikanth’s director
What has India been Googling about in 2017?
Comment