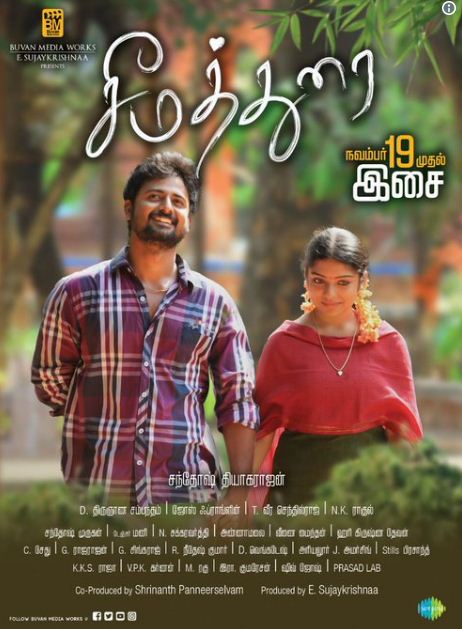 Seemathurai, an upcoming rural drama, directed by Santhosh Thiyagarajan, will have its audio launch on Nov. 19.

Viji Chandrasekar is also a part of the cast. The film’s editor is Veera Senthilraj and music composer is Jose Franklin.

Actor Varsha Bollama who is widely popular for her uncanny resemblance to actress Nazriya Nazim, had, in an interview, said that she took up the role as it had depth in it and believed that the role would be a much-talked about one.

Actor Geethan Britto who has done a handful of films tweeted how excited he was about the launch of the movie’s audio.

Jayam Ravi’s next project goes on floors this Nov. 24
Oru Pakka Kathai trailer is out
Comment