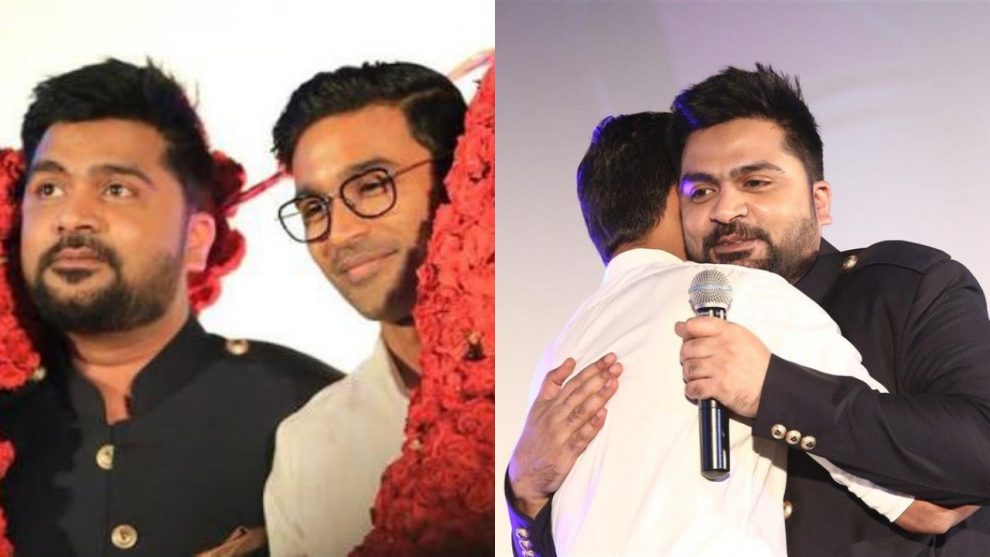 Actor Dhanush and director Vetrimaran’s movie Vada Chennai has just hit screens and Dhanush fans are celebrating the movie all over the state.

Check out the wish here- 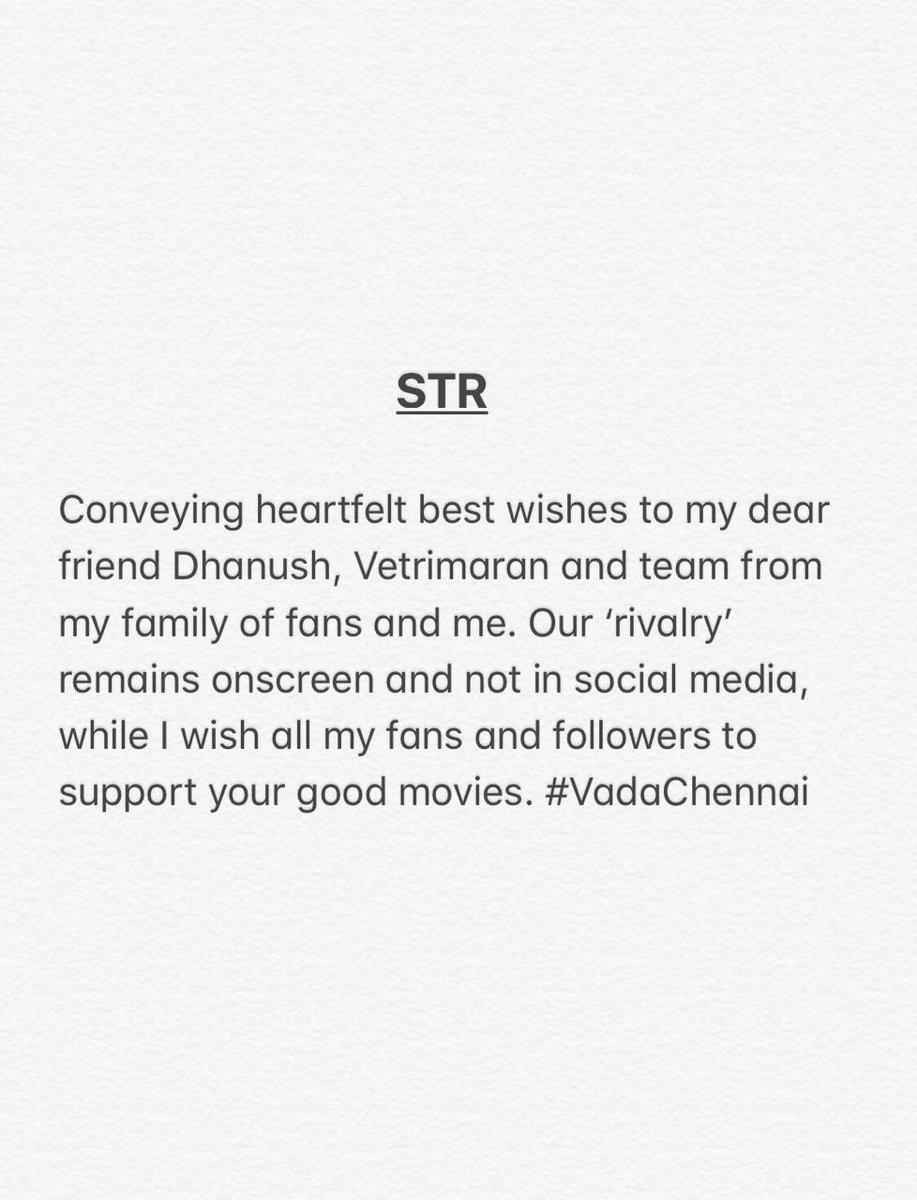 Talking about the supposed rivalry between him and Dhanush, STR has said that the rivalry is only on screen and not on social media.

STR has asked fans to support good movies as well. Actor Dhanush is yet to respond to the message.