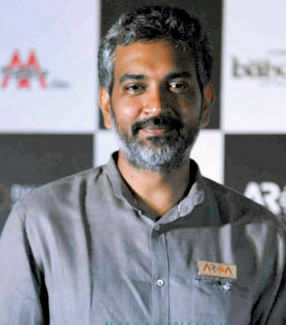 After the huge success of the Baahubali franchise, movie buffs are keenly waiting for director SS Rajamouli’s next venture. Recently, Rajamouli had announced that he would be teaming up with actors Jr. NTR and Ram Charan.

Now the latest we hear is that the upcoming film is a sports-based entertainer, which will be made on a huge budget produced by Danayya. Currently, the team is finalising the script of the movie which is expected to go on floors by the mid of 2018. An official announcement from the team is likely to be made soon.

Actor Ram Charan is currently shooting for Rangasthalam which will hit theatres in March. Meanwhile, Jr. NTR is gearing up to play the lead role in Trivikram Srinvas’ yet-to-be-titled film.

SS Rajamouli’s Baahubali 2: The conclusion is the first Indian film to earn Rs 900 Crore worldwide. The movie which has fetched several awards has set a milestone in the history of Indian cinema. Coming fresh from the success of the epic drama, expectation from the director’s upcoming movie is sky high.