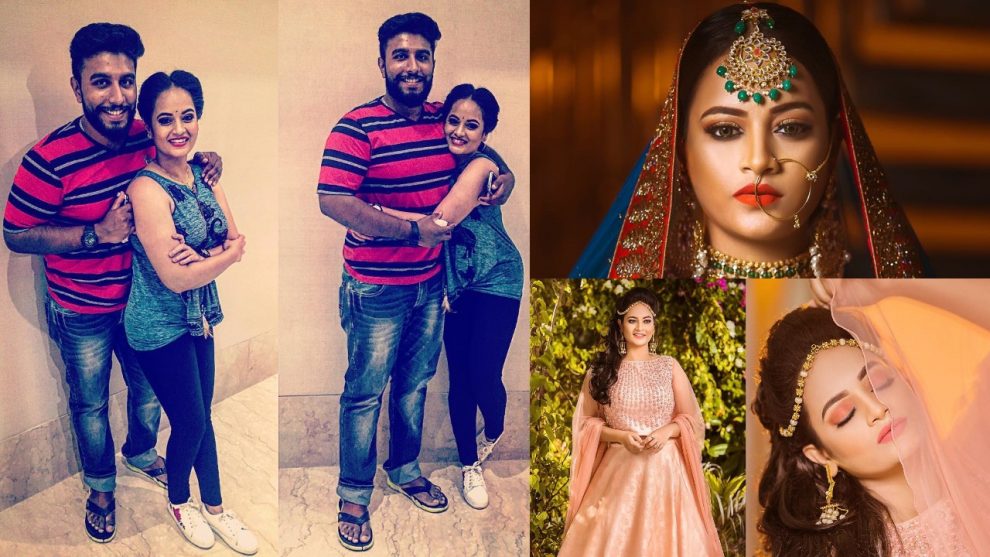 Popular actress Suja Varunee is a known face to Tamil audience and was last seen in Iravukku Aayiram Kangal. The actress has some exciting news on the way.

It was earlier reported that Suja Varunee is engaged to Shivaji Dev, grandson of the legendary Sivaji Ganesan. Shivaji Dev had confirmed the news on Instagram with an adorable photo.

Now, Shivaji has wished Suja on her birthday with an even more adorable post, in which he announces the wedding date of the couple. 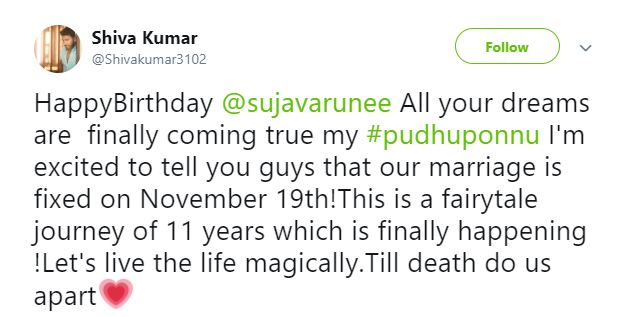 From their tweets, it looks like the adorable couple is getting hitched on the 19th of November. Their social media posts have been receiving wishes and love from fans of the couple.