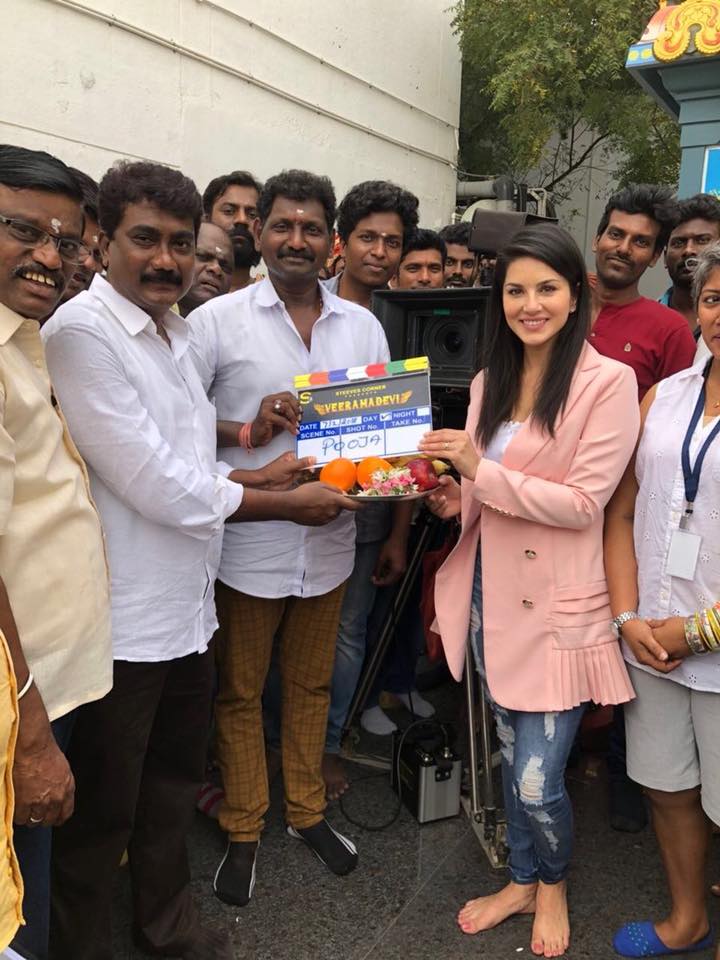 As reported earlier, actor Sunny Leone has signed a bi-lingual movie titled, Veeramadevi. Ever since the project was announced, audience have been eagerly waiting for more updates. And now, the much-hyped project has started rolling on Wednesday at Chennai.

Directed by VC Vadivudaiyan, who is awaiting the release of his recent directorial, Pottu, Veeramadevi is touted to be a women-centric flick. The historical war based drama will feature the Bollywood diva in the role of a powerful queen.

Reportedly, Sunny Leone has allotted 150 days for the project and is expected to have good amount of VFX and action scenes performed by the actress.

The bi-lingual movie, which will be made in Telugu and Tamil, will feature Navdeep in the role of a villain. Veteran actor Nasser is also playing an important role in the movie.

The movie is titled Veeramahadevi in Telugu. Reportedly, the makers of the film are planning to release in all south Indian languages, and also in Hindi.

Veeramadevi marks Sunny Leone’s Kollywood debut in a full-fledged role. The actress had earlier danced for an item number in the 2014 film Vadacurry.

“Got a fantastic track for Selvaraghavan”
Tamizh Padam 2.0 gets closer to release
Comment