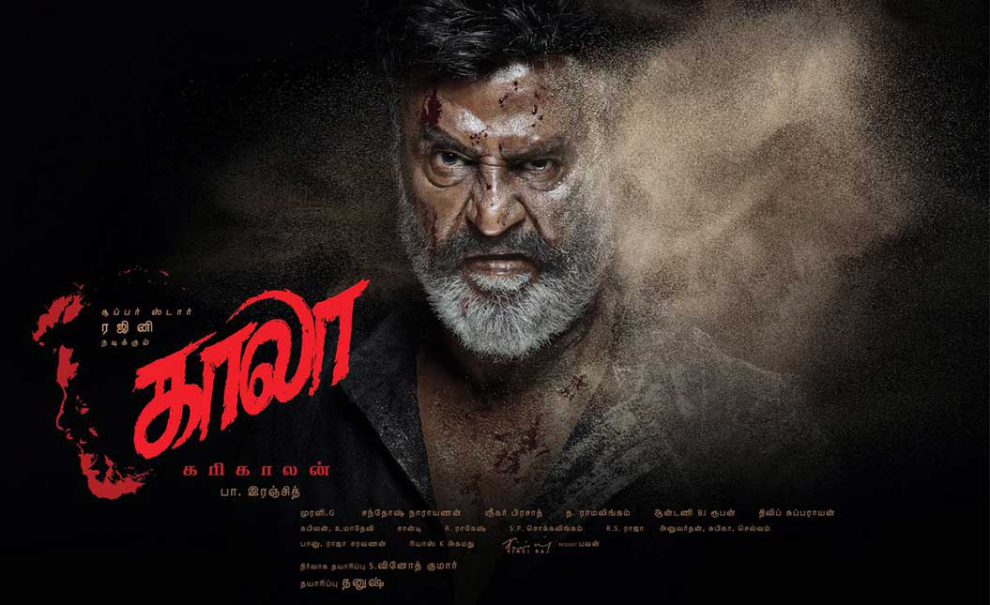 A Rajinikanth movie is always something to look forward to and somehow always manages to keep us in high spirits. Loosely translated to ‘the dark one’, Kaala, Rajinikanth’s upcoming movie is being directed by Pa. Ranjith and produced by his son-in-law Dhanush.

Ever since its announcement, the movie has been in the news and the Superstar’s fans have fervently waiting for updates. The last we heard about the Rajinikanth was that his 2 Point 0 is likely to get postponed because of the extensive CG work involved and that his Kaala may get an earlier release than expected. However, there was no official confirmation available on the same.

In a recent development, music director Santhosh Narayanan revealed important information about Kaala. He tweeted thanking the director and producer of Kaala for giving him the freedom to explore his musical expression in Kaala and Vada Chennai. From his tweet, it is evident that he is excited about his music for both movies and he has promised an update soon.

“Thank you @beemji , @VetriMaaran and @dhanushkraja for giving me all the freedom to explore my musical expression for #Kaala and #Vadachennai. I can’t wait to present to you the music of both the amazing films. Love you all – Will update details in the coming weeks 🙂 (sic). ”

According to earlier reports, Rajinikanth plays the role of a gangster in the movie. Reports also say that dubbing has already begun for the movie and Santhosh is working on the background score. If his tweet is anything to go by, the final output should be ready for release soon. Meanwhile, the talented composer is also working on Dhanush’s Vada Chennai- a gangster trilogy with Dhanush, Andrea Jeremiah and Aishwarya Rajesh in the lead.

Kollywood: Four films to lock horns on February 9
“Got a fantastic track for Selvaraghavan”
Comment