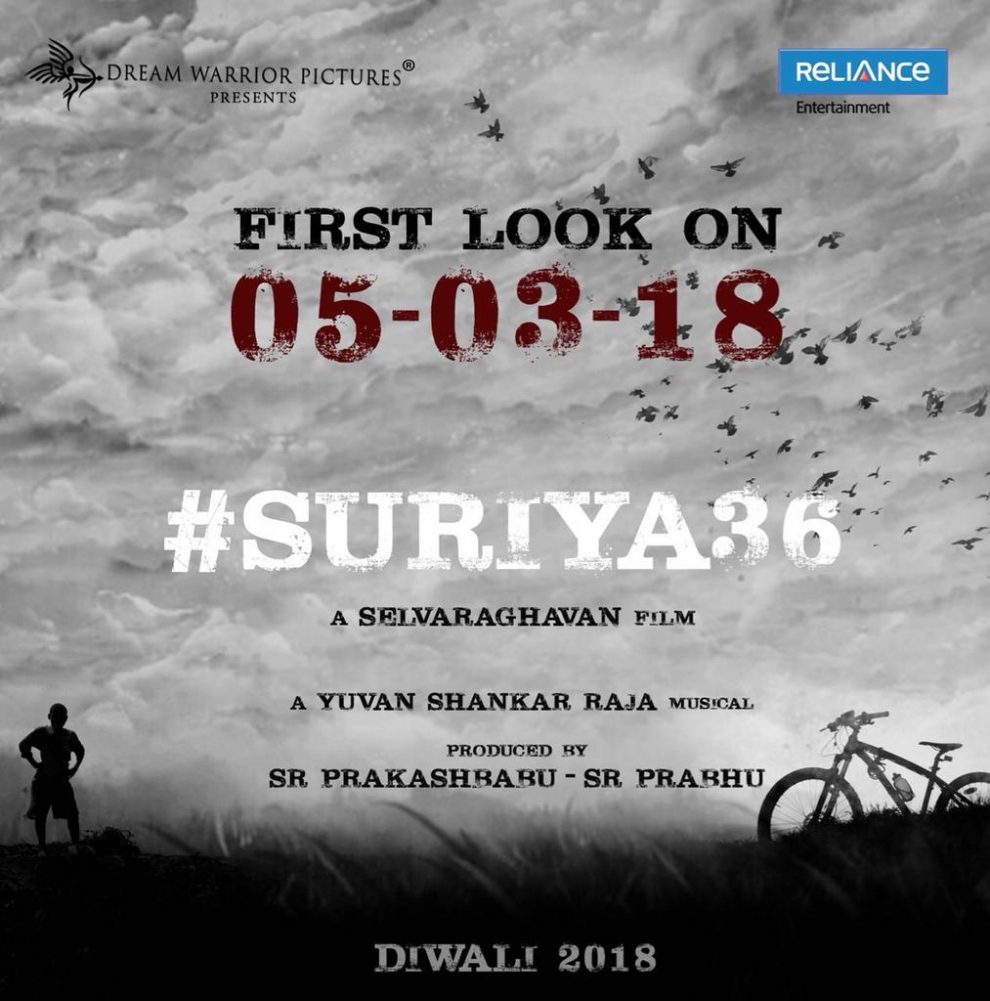 In a massive update, director Selvaraghavan has just announced that the first look of his movie, popularly called Suriya 36, starring actors Suriya, Sai Pallavi and Rakul Preet in the lead will be released on March 5th.

The project has been in the limelight for a long time now. There were speculations doing rounds that Suriya will be essaying a double role in the movie. This was later confirmed via Twitter by S.R. Prabhu of Dream Warrior Pictures.

Later, the team of Suriya 36 announced that they were recreating the town of Ambaasamudram in Chennai and all the lead actors have reached the set for shooting.

Director Selvargahvan’s tweet has sent Suriya’s fans into a frenzy and there is a surreal hype surrounding this movie already. Although social media lights up with the mere mention of #Suriya36, so far not much information has been released about the movie.

The first look should provide some insight as to what the movie is about. With fresh pairings and a stellar star cast, this movie too will likely be a winner.