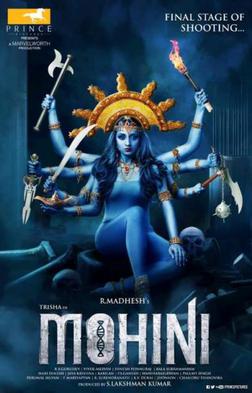 An upcoming Tamil horror film, directed by Ramana Madhesh and starring Trisha Krishnan in the titular role, Mohini‘s trailer has opened to a positive response from the audience. The trailer generated over 2 million views on YouTube and has already created buzz for the film.

The team recently announced that the audio for the film will be released on January 12, on the occasion of Pongal.

“Look at what our director CS Amudhan is doing!” complains actor Sathish
Gulaebaghavali promotions are on full swing!
Comment