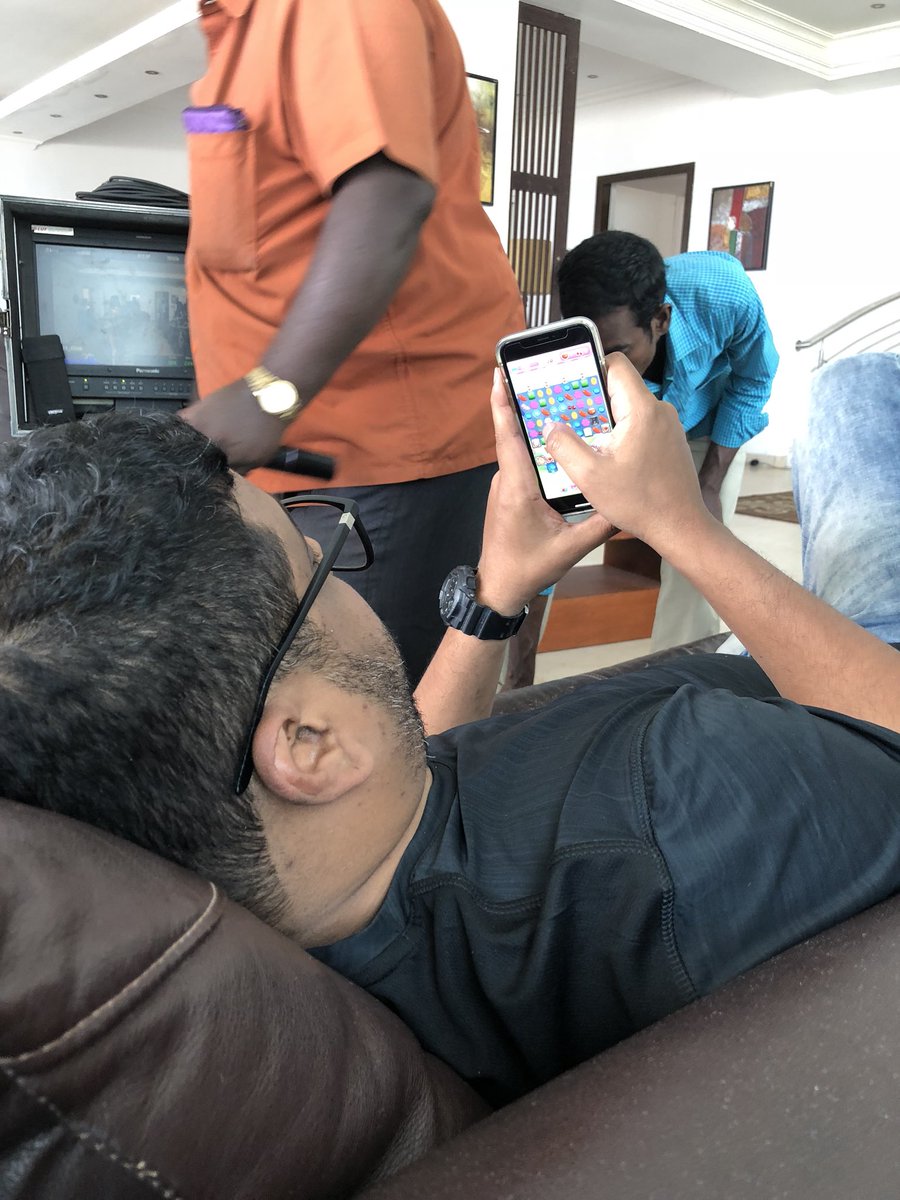 Actor Sathish is all busy shooting for the sequel to 2010 laugh-riot Tamizh Padam directed by C.S. Amudhan and produced by Sashikanth under the banner Y Not Studios.

On Thursday, the actor posted a picture of Tamizh Padam 2.0 director CS Amudhan, who is seen having a nice time playing candy crush game on his mobile phone in the shooting location. Sathish captioned the picture with a funny note, that left the netizens in splits.