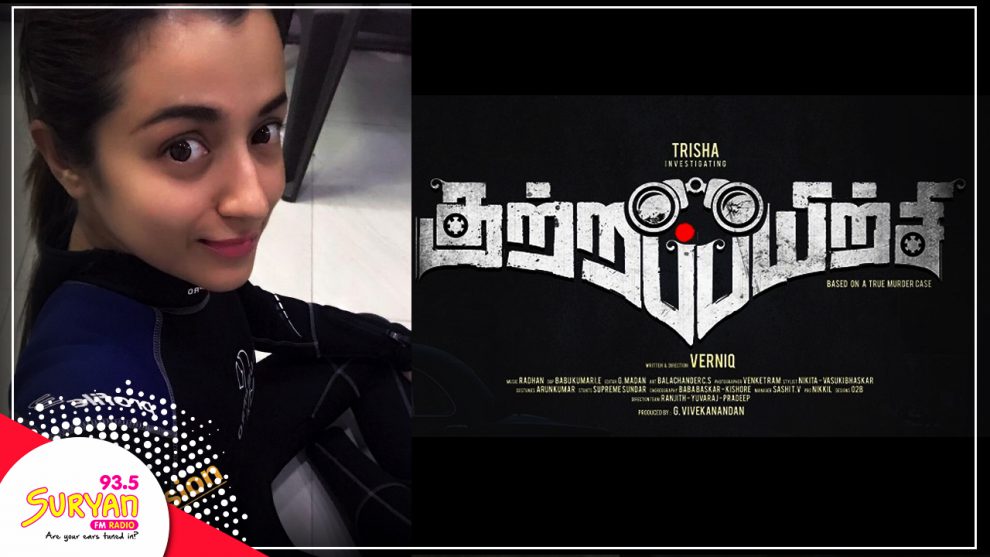 For the first time in the history of Tamil Cinema, a female protagonist to appear in the role of a private detective.

And it is none other than Kollywood’s reigning queen Trisha, who is all geared up to play the bold and dynamic character in an upcoming thriller titled, Kuttrappayirchi. It is for the first time the actress is essaying a detective role.

The story is set in the 1980s and the actress’ character is inspired by the first woman detective of India. Her character name is Ms. Rajani Pandit in the movie, which is based on true events. Verniq, a former assistant of director Bala makes his directorial debut with Kuttrappayirchi. Check out the title poster here –

Happy to announce my next….. #KUTRAPPAYIRCHI Looking forward to filming this one ❤️ #HappyFebruary😇 pic.twitter.com/fIdOpkrwj2

Apart from Trisha, Surabhi, Super Subbarayan, and many others are also part of the cast. G.Vivekanandan of Sri Guru Jothi Films is producing the big-budget film.

The movie’s cinematography is handled by Babu Kumar I.E and editing by G.Madan. Radhan will compose music for the film, which is expected to go on floors soon.

Currently, Trisha is all busy promoting her Mollywood debut, Hey Jude, slated to release on February 2.  Starring Nivin Pauly in the titular role, Trisha is appearing as Crystal in the movie directed by veteran director Shyamaprasad. Shot extensively in Kochi and Goa, the movie’s colorful posters and breezy songs have created a huge buzz on social media.

In Tamil, the actress has horror thriller Mohini directed by Ramana Madhesh. Trish appears in the titular role in the movie, which is expected to release soon. Alongside Trisha, Mohini also features Jackky Bhagnani, Suresh, Poornima Bhagyaraj, Shenturan among many others in supporting roles.