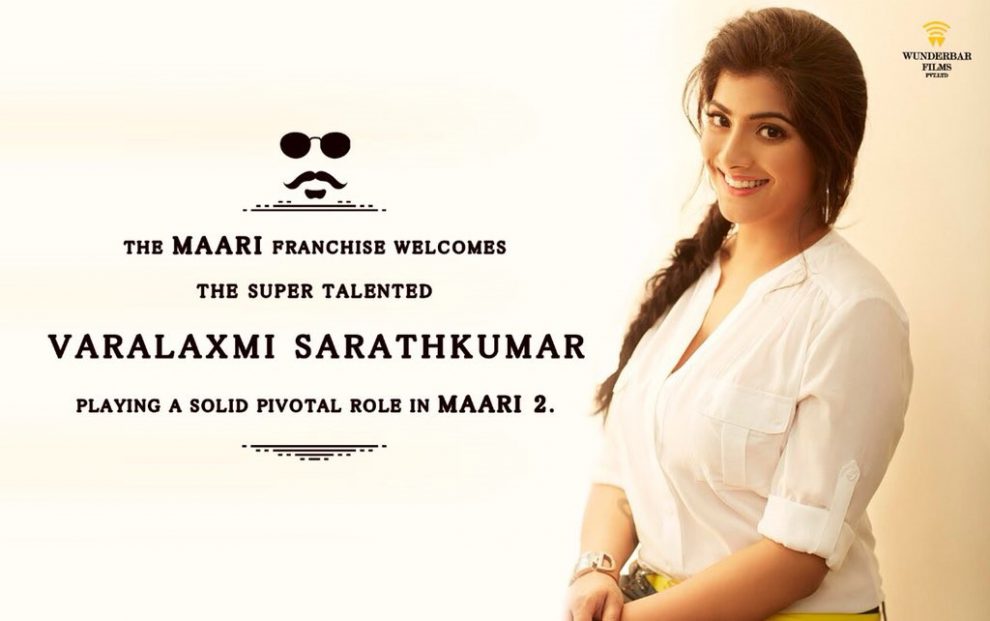 Dhanush seems to have had his plate full this year. The actor tried his hand at directing and delivered the successful Paa Pandi. After that, the actor is busy with other acting projects and also announced a second directorial venture.

Following the success of Maari, the actor is now working on the sequel Maari 2, along with Sai Pallavi. Directed by Balaji Mohan, the movie has music by Yuvan Shankar Raja.

The latest we hear on this movie is that popular actor Varalaxmi Sarathkumar has been roped in to play a pivotal role. The director of the movie revealed the same through his Twitter handle and Varalaxmi has expressed her excitement to work on Maari 2 as well.

With such an ensemble star cast, the movie is already setting expectations high. Check out the tweets here:

Thank u @dhanushkraja and @directormbalaji for having me on board…#Maari2 super excited and can’t wait to begin.!!!