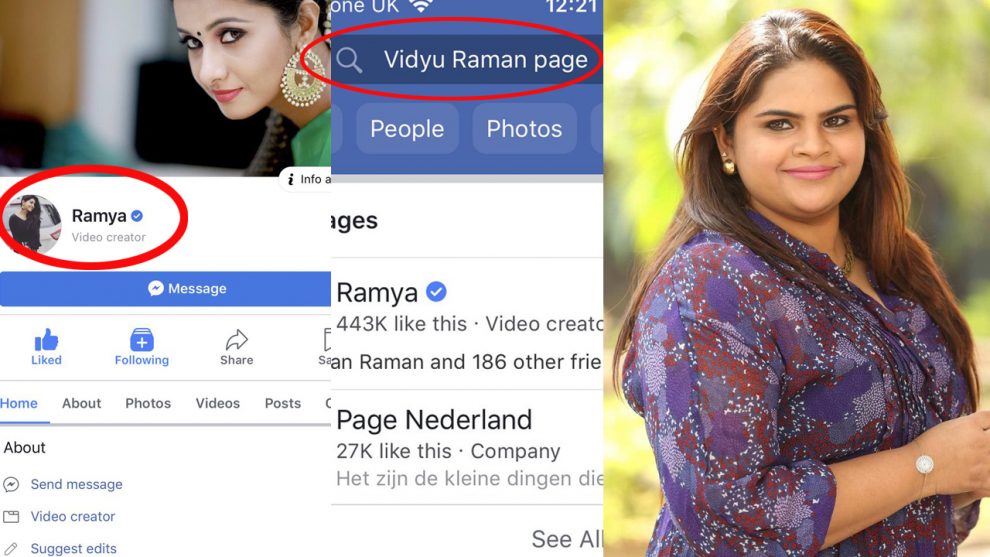 Tamil actress Vidyu Raman’s official Facebook page has been reportedly hacked. The actress announced the news via her Twitter page on Wednesday.

Vidyu informed netizens that her Facebook page, which had 450K followers, has been ‘hacked, hijacked and stolen’ and converted into the page of another actress named Ramya.

“Something bizarre, strange & horrible has happened. My Facebook page Vidyu Raman has been HACKED, HIJACKED & STOLEN with all my 450K followers and made into the page of some actress. No one but me managed my page. I don’t understand how this happened but the culprit will b caught,” tweeted Vidyu Raman along with these screenshots.

Bollywood actresses that have made their mark in Tamil too
Actress Sonali Bendre diagnosed with life-threatening disease, being treated in New York
Comment