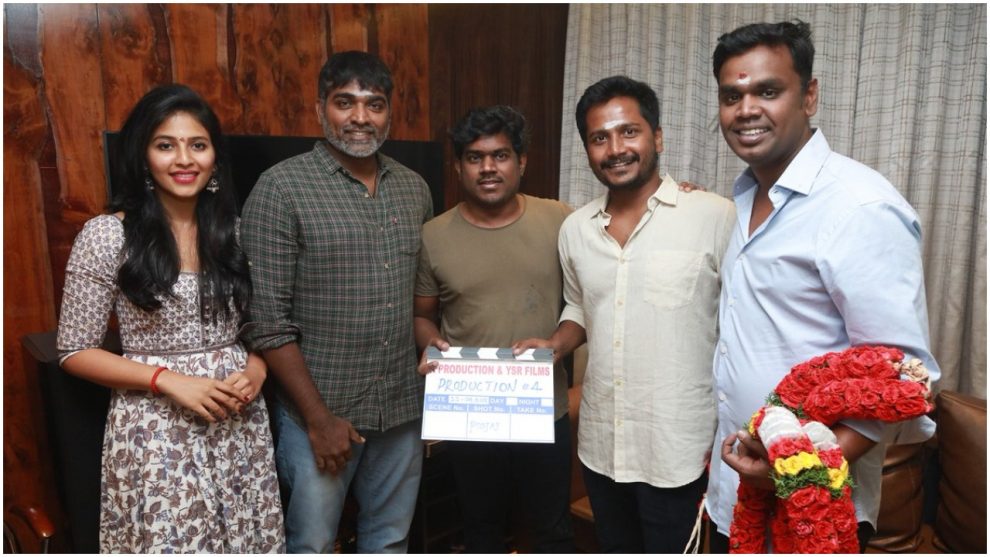 Vijay Sethupathi, who was last seen in Oru Nalla Naal Paathu Solren, has a busy year ahead of him. He already has a bunch of movies lined up and another movie of his has just been announced.

Actors Vivek Prasanna and Linga have also been roped in for pivotal roles in the movie.

The film began with a Pooja and reports say that it will be shot in Malaysia and Thenkasi. An official confirmation on shooting details and the rest of the cast is awaited.

Check out pictures from the Pooja here.