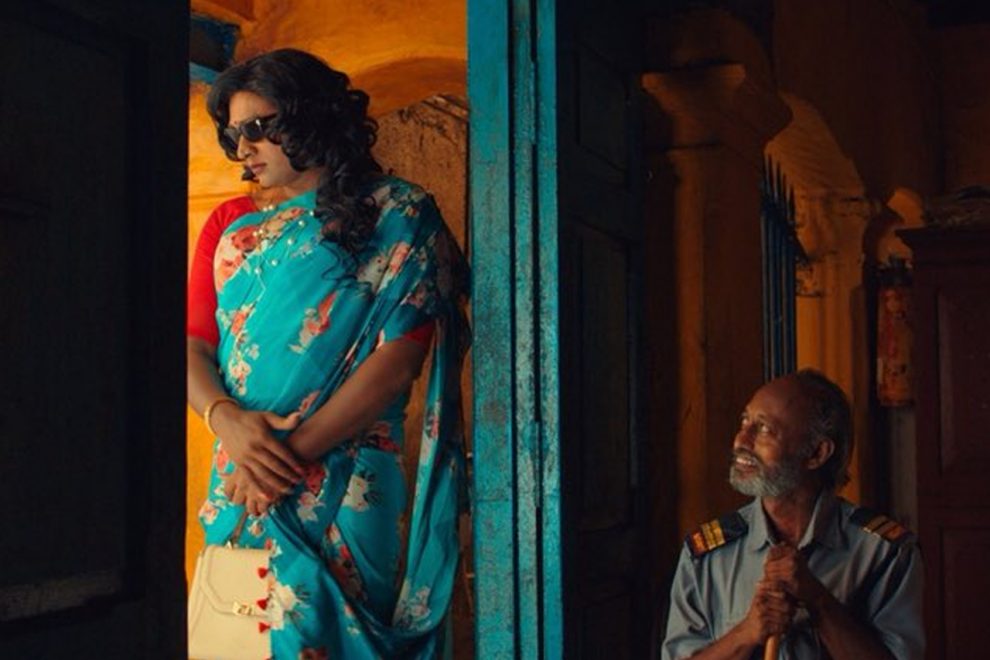 Actor Vijay Sethupathi ‘s transgender avatar in the upcoming movie Super Deluxe has been the talk of the town, ever since the project was announced. On Tuesday, the actor had once again stunned the audience with his all-new look for the movie, which is helmed by Thiagarajan Kumararaja of Aaranya Kaandam fame.

Balaji Gopal, the DI colorist of the film, recently revealed that the color grading for the movie has been completed. He also unveiled a brand new picture of Vijay Sethupathi from the movie.

Touted to be an anthology, what’s special about the upcoming movie is that Vijay Sethupathi is essaying the role of a transgender named Shilpa, which is a bold move by the actor. Super Deluxe also stars Vijay Sethupathi, Fahad Faasil, Samantha, Mysskin, Ramya Krishnan, and many others playing important roles.