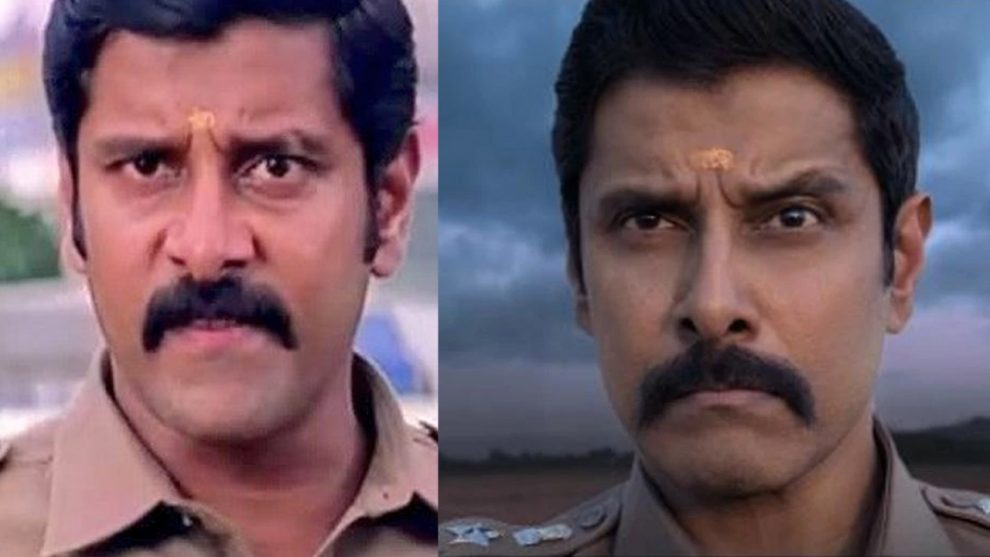 Chiyaan Vikram’s Saamy Square aka Saamy 2 directed by Hari is one of the much-anticipated movies of the year. The movie which is a sequel to the 2003 blockbuster Saamy, marks the reunion of Vikram and Hari after over a decade.

The makers of the film recently unveiled the first look motion poster, which set social media on fire. Released exactly a week ago, on May 17, the motion poster promises the movie to be an out-and-out mass entertainer with high octane action scenes.

The motion poster which was released on YouTube has clocked in more than 3 million views.  While the 1 minute 9 seconds video is still trending on YouTube, Saamy Square team is gearing up to unveil the first official trailer for the movie on May 26. With one day left for the release of its teaser, Saamy Square fever has already gripped the Vikram fans.

While the prequel featured Trisha and Vikram in the female lead, we will the miss the actress in the sequel. Actress  Keerthy Suresh, who is currently basking in the success of Nadigaiyar Thilagam, plays the female lead in the movie.

Vikram will be seen in two roles – as Aarusaamy and his son Ramasaamy. National Award Winner Bobby Simha plays the antagonist in the movie. The actor will appear as one of the three sons of Perumal Pichai (Kota Srinivasa Rao), who played the antagonist role in Saamy. Saamy Square also stars John Vijay, Soori, and Prabhu in important roles.

Bankrolled by Shibu Thameens, the movie has music by Devi Sri Prasad. Saamy Square is expected to hit theatres on this Ramzan weekend. An official announcement is expected soon!

Huma Qureshi thanks director Pa. Ranjith and Rajinikanth
“I didn’t even hear the script when Karthik approached me to work in the Rajinikanth movie” – Vijay Sethupathi
Comment