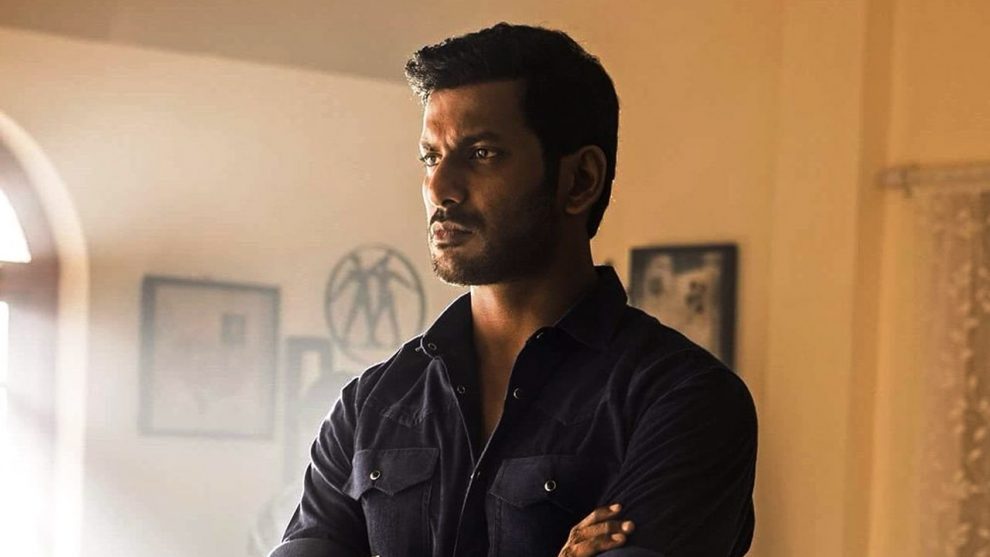 For the past few days, several reports have been doing rounds regarding Tamil actor Vishal’s health condition. Certain entertainment portals reported that the actor has been admitted to a hospital in California following a severe headache and nerve related ailment.

Clarifying on the same, the Irumbu Thirai star took to his Twitter handle to share that he is “fit as a fiddle”. The actor who is on a break from Sandakozhi shooting schedule citing migraine, revealed that he will be back to work by the first week of March.

Rumours making rounds that I am admitted in hospital.Wanted to let all my friends,fans and well wishers know that I am fit as a fiddle.The retreat I came for to take care of my migraine will get over in few days & I will be back in the grind by the Ist week of March. C U Soon, GB

On the work front, Vishal is awaiting the release of investigative thriller, Irumbu Thirai, directed by PS Mithran. Produced by Vishal Film Factory, the movie has Samantha in the female lead and action king Arjun as the antagonist. Irumbu Thirai is expected to hit theatres on March 29.

Vishal is also part of the upcoming sequel Sandakozhi 2, directed by Lingusamy, along with Keerthy Suresh in the lead. The movie’s shoot is progressing at a brisk pace.