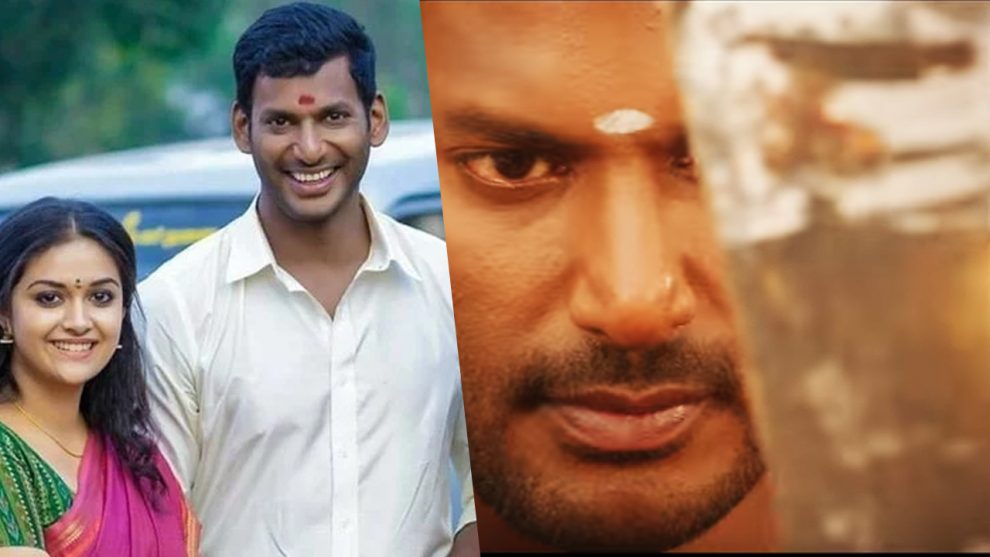 Actor Vishal’s upcoming sequel Sandakozhi 2 has been creating all the right noises ever since it was announced. The movie’s trailer was released recently and it created a stir on social media. Featuring Keerthy Suresh in the female lead, Sandakozhi 2 trailer promises to be a rural action entertainer, like its prequel.

For the past few days, there have been reports doing the rounds that the movie is likely to hit theatres on September 18, as Ganesh Chathurti release. We reached sources close to the film who have confirmed that the movie is in post-production stage and the release date has not yet been finalized. Our sources also say that a lot of work is still going on for the movie and the release date will be announced officially soon.

The upcoming sequel reunites Vishal and director Lingusamy after a decade. Varalaxmi Sarath Kumar appears as the antagonist in the movie in a never-seen-before avatar. Yuvan Shankar Raja takes care of the music department.