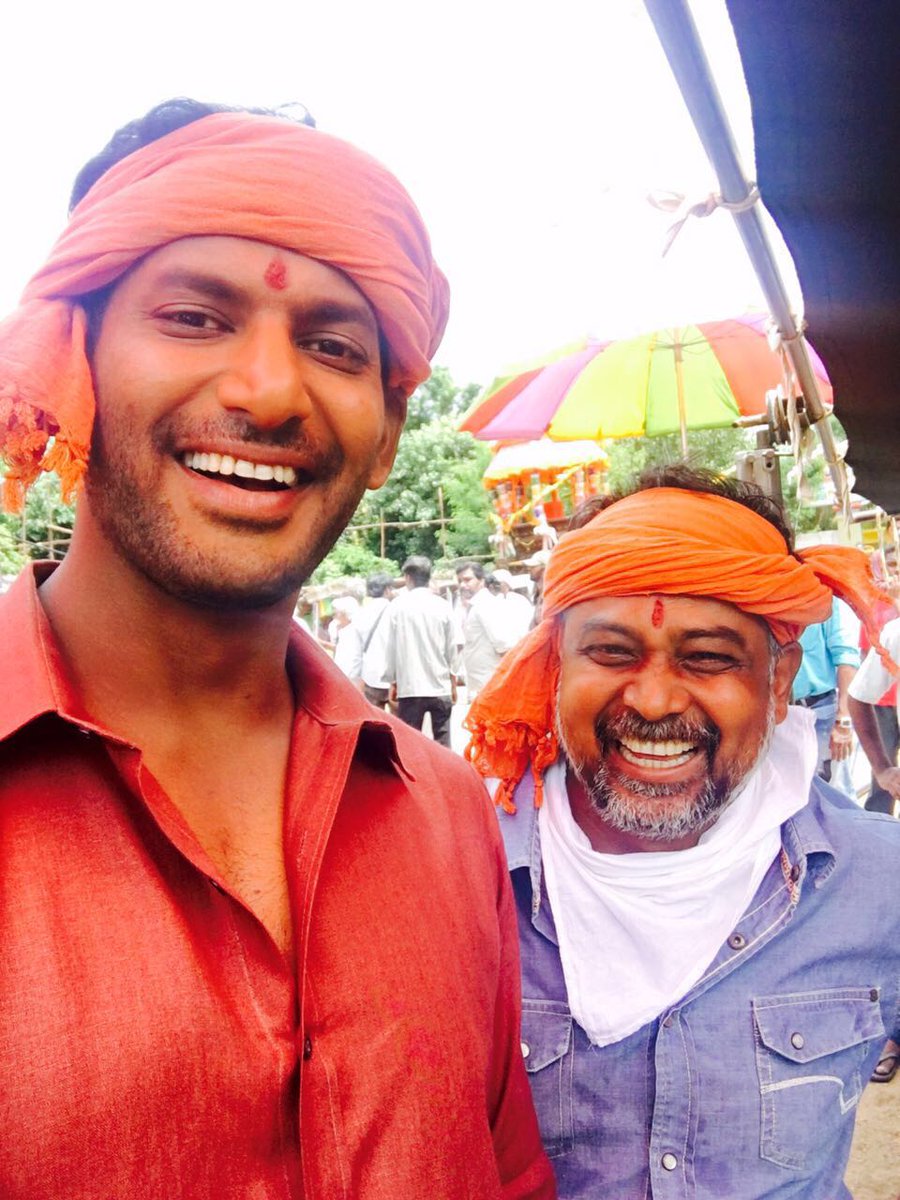 A day ago, we had reported that the audio of Vijay Sethupathi’s upcoming movie ‘Oru Nalla Naal Paathu Solren’ will have a grand launch on January 6 at the Natchathira Vizha, Malaysia. On the same day, the makers of actor Vishal’s upcoming action thriller ‘Irumbu Thirai’ will be unveiling the movie’s trailer at the gala event.

Now,  the latest we hear is that the first teaser of Vishal’s Sandakozhi 2 will also be unveiled at the star-studded event. Reportedly, the duration of the teaser will be one-minute. Directed by Lingusamy, the team has completed 50 of the Sandakozhi’s shoot and the next schedule will be resumed in Theni and Karaikudi soon.

The 2005 release Sandakozhi is one of the biggest blockbusters in Vishal’s career. The upcoming sequel reunites Vishal and Lingusamy after a decade.

Also starring Keerthy Suresh, the sequel will feature Soori and Varalaxmi Sarath Kumar as the antagonist in a never seen before avatar.

It is rumoured that Meera Jasmine who played the leading lady in the prequel might do a cameo in this film. Yuvan Shankar Raja has been roped in to compose music.

Vishal’s Irumbu Thirai, which is also one of the most anticipated movies of the actor, is set to hit screens on Republic day, alongside Jayam Ravi’s Tik Tik Tik and Anushka Shetty’s Bhaagamathie. Directed by P.S Mithran, the suspense thriller deals with the ‘ill-effects’ of technological developments and how information we put on the internet can be exploited without our knowledge.