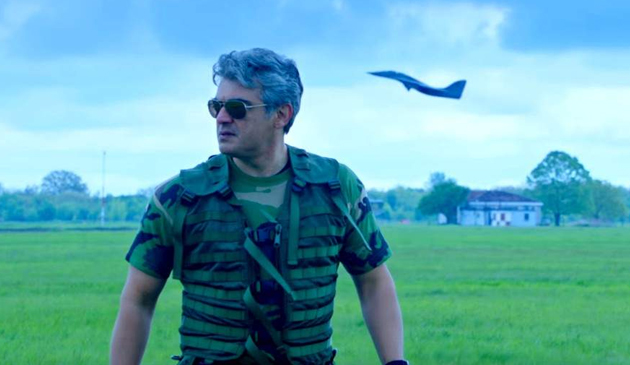 Thala Ajith has been hogging the headlines for the past few days after media reported that the Madras Institute of Technology (MIT) appointed the star as a Helicopter Test Pilot and UAV System Adviser.

After the news broke out, wishes have been pouring in for the actor on social media. The latest one to wish the actor is Bollywood hunk Vivek Oberoi, who had shared screen space with Thala in Vivegam.  Referring the actor as “Ajith anna” and “nanba”, Vivek tweeted that the Billa star is an inspiration to many.

“Ajith Anna does it once again! So proud of my “Nanba”! He is such an inspiration! Being appointed as a Helicopter Test Pilot and guiding #MIT students to build an UAV! Always setting an example! More power to you Anna! #Thala #ThalaAjith,” tweeted Vivek Oberoi.

According to reports, Ajith will be launching the Unmanned Aerial Vehicles and will begin his new assignment by building an advanced UAV for medical express – 2018 UAV Challenge, a competition to be held in Queensland. It is reported that the actor will receive a salary of just Rs 1000 per visit.

On the work front, Ajith is currently busy shooting for his much-anticipated Siva directorial Viswasam in Hyderabad. The actor will spend his spare time to launching the UAV at MIT.

Nayanthara is female lead in Sivakarthikeyan’s 13th movie
Rajini Selvi – Jyothika to act as Rajini fan in her next?
Comment