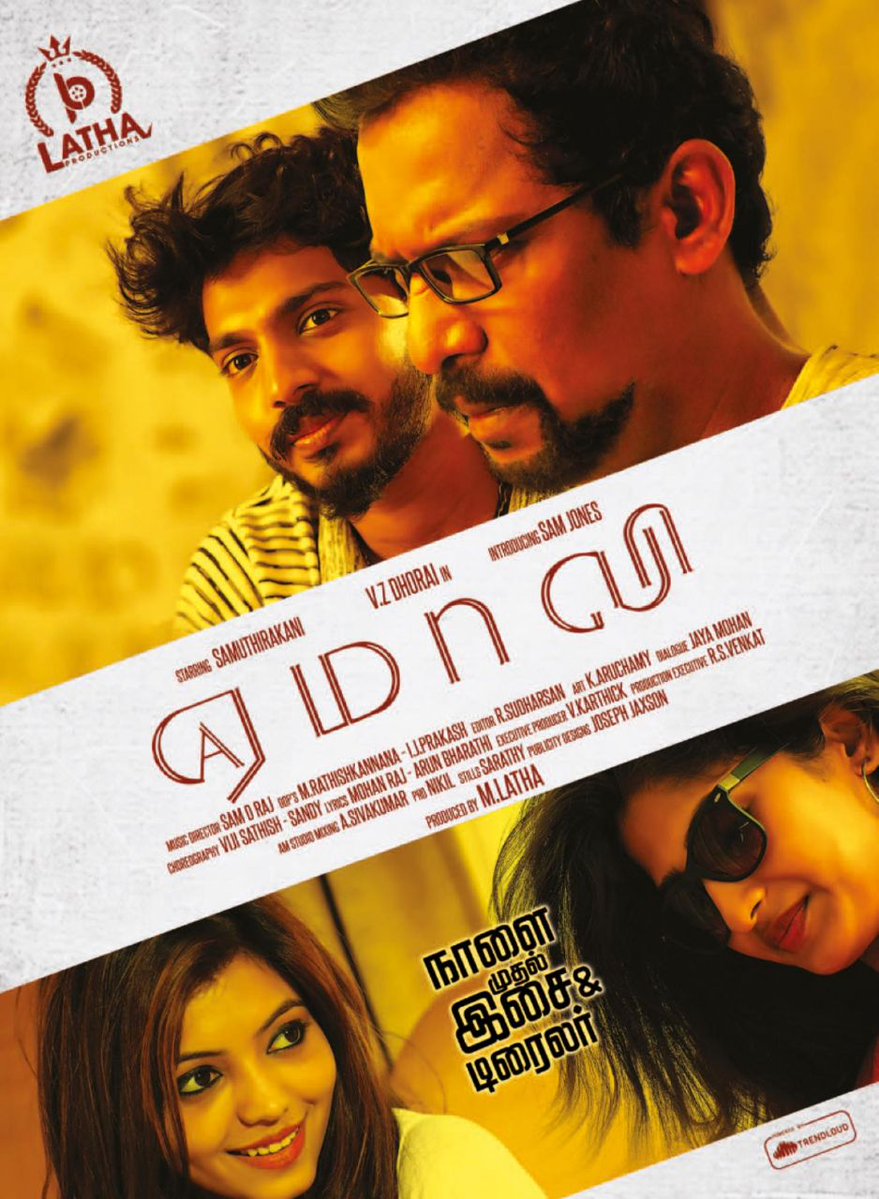 After hitting the headlines with the first teaser, the makers of Yemaali are all set to unveil the movie’s trailer and audio tracks, on December 15. Featuring Athulya Ravi, Sam Jones and Roshini in the lead roles, Yemaali is touted to be a romantic thriller.

Interestingly, the movie will feature versatile actor Samuthirakani in four avatars. Reportedly, the actor will be seen as a software engineer, a cop, Central Department of Investigation (CDI) officer and a character with a physical impairment. Actor Roshni will be romancing Samuthirakani in the movie.

Sam will also be seen in similar characters as that of Samuthirakani’s in the film. Athulya Ravi of Kadhal Kan Kattudhe fame will appear as his love interest in the film.

The movie’s teaser, which was on the lines of an adult comedy, was released in November. The teaser welcomed crticisms online, as it had apparently hurt the “moral sentiments” of netizens. The movie’s lead actress Athulya had even apologised for the same.

If you have missed out the bold teaser,  here it is.