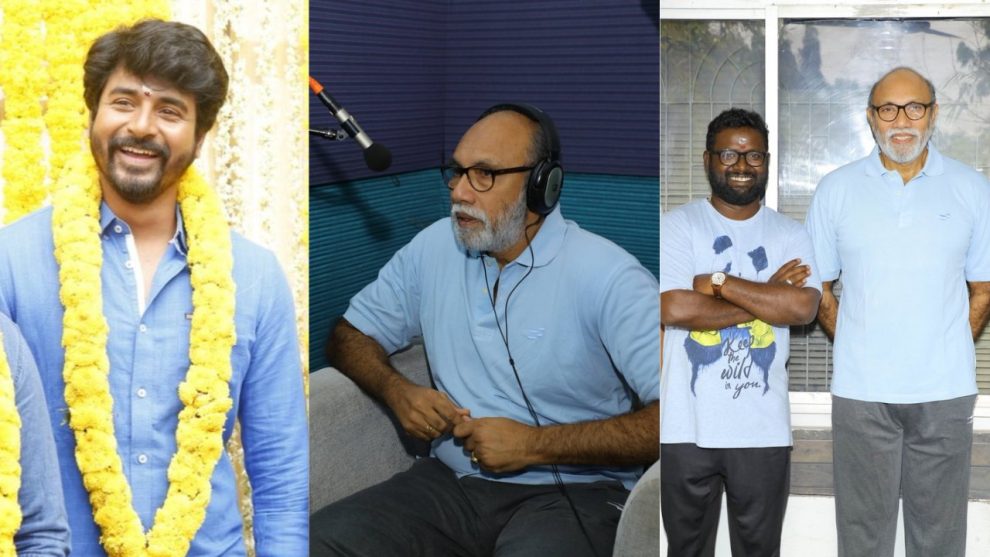 Sivakarthikeyan is donning the hat of a producer for the first time with the movie Kanaa. Starring Aishwarya Rajesh and Sathyaraj and directed by Arunraja Kamaraj, Kanaa is said to be based on sports.

It was earlier reported that the first schedule of the movie has been wrapped up and now, Kanaa has another exciting update.

Sivakarthikeyan revealed on Twitter that the team of Kanaa has started dubbing for their portions in the movie. “Today,On Appa’s bday started my new film shoot and #Kanaa ‘s dubbing wit his blessings thanks to all the lovely people for wishing us..Spl thanks to my brothers and sisters for all the love.. love u all (sic.)” he had tweeted.

Sivakarthikeyan’s production house also shared the news on Twitter and also revealed exclusive pictures from the dubbing session. Check them out here.