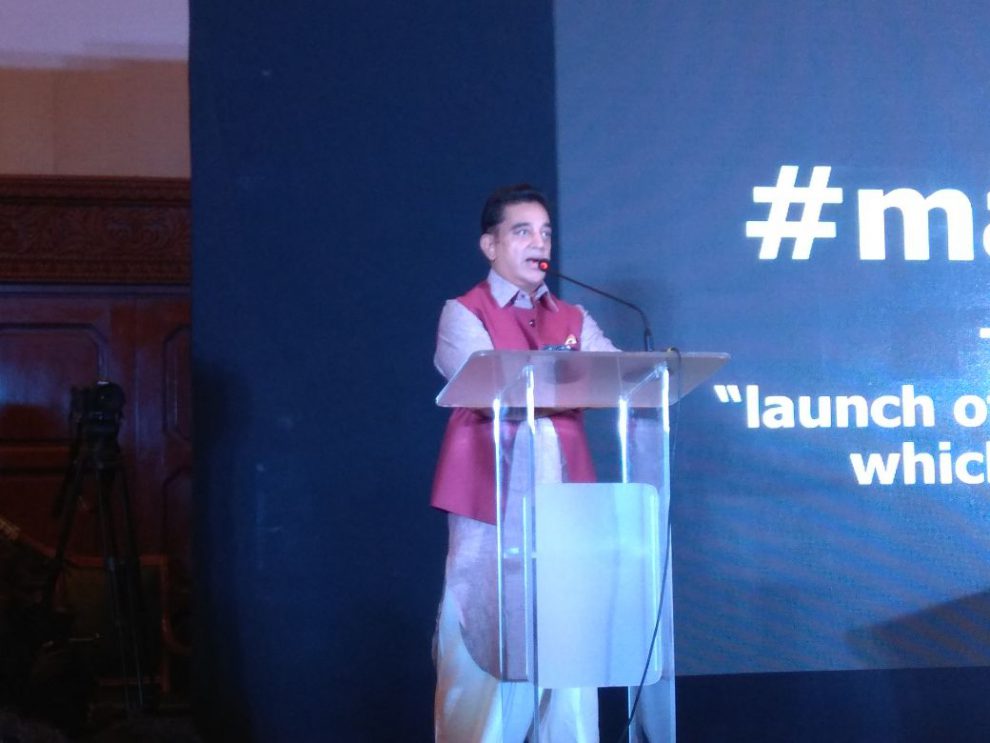 Ulaganayagan Kamal Haasan who turned 63 on Tuesday said he would not celebrate his birthday. Why, you ask? The actor refused to celebrate as Tamil Nadu is facing considerable damage due to the ongoing monsoon rains.

The actor on Monday tweeted, “Tomorrow is just another day if you just celebrate and fail to seize it. If we can make it better in pursuit of a cause then we become the change we seek.(sic)”

On the occasion of his birthday, he addressed his fans and launched an app, called Maiam whistle, at a medical camp in T. Nagar.

Highlights of the event