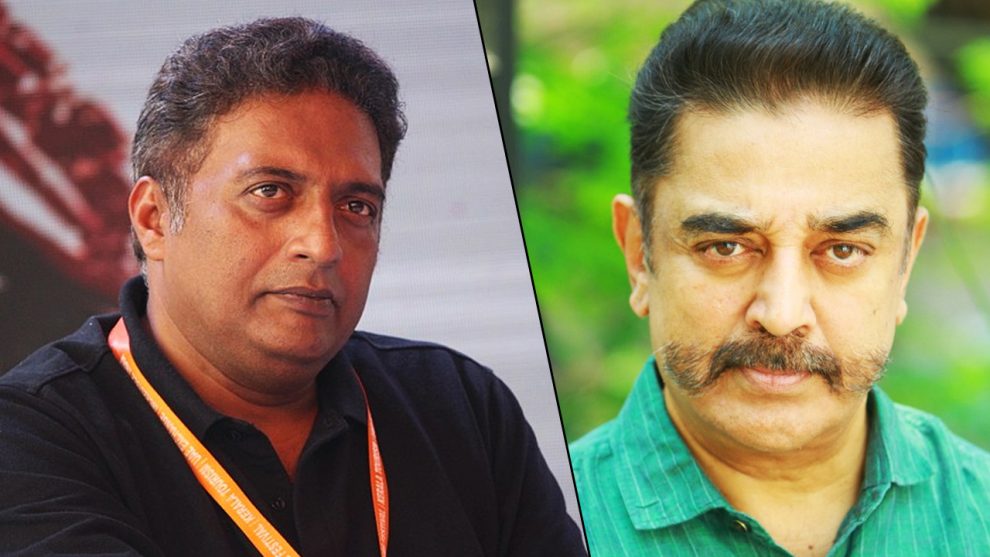 A controversy has broken out after actor-turned-politician Kamal Haasan on Monday met Karnataka Chief Minister H.D. Kumaraswamy over the Cauvery water sharing dispute between Karnataka and Tamil Nadu. Mr. Haasan has been questioned about his silence over the Kaala row in the State while meeting the Chief Minister, following the decision by distributors in Karnataka to not release the movie over actor Rajikanth’s comments over the Cauvery issue.

Actor Prakash Raj, speaking to News18, said Mr. Haasan “has his own reasons to not raise the issue but he [Mr. Kamal Haasan] should also realise that when his film Vishwaroopam was banned, he wanted the entire world to stand by him. But I feel it is my responsibility and we cannot let this happen to any film.”

Mr. Haasan, in post-meet address to the media, said talking about movies during the meeting was ‘needless’.

Meanwhile, producer Dhanush is going all out to promote the film. On Tuesday, he tweeted, “Superstar Rajinikanth #KAALA FROM DAY AFTER TOM !! And the festival begins.”

What does Kaala have to do with Cauvery?

Expressing his opinion on Twitter, Mr. Prakash Raj, had earlier tweeted, “What’s film #kaala got to do with Kaveri issue..?why is film fraternity targeted always..? Will Jds/congress government let fringe elements take law into their hands …like bjp did with #Padmavat ..or ..will you step in to assure common man ..his right for choice.#justasking..(sic)”

He went on to add that the people of Karnataka must decide if they want to watch the movie. “Let the film release .. let PEOPLE DECIDE if they want to express their protest by NOT watching the film .. let us get to know if PEOPLE really BELIEVE stopping a film can SOLVE ISSUES .. who are these organisations to BLACKMAIL everyone and decide on our behalf .. #justasking”